Far too many pesticides in Spanish food 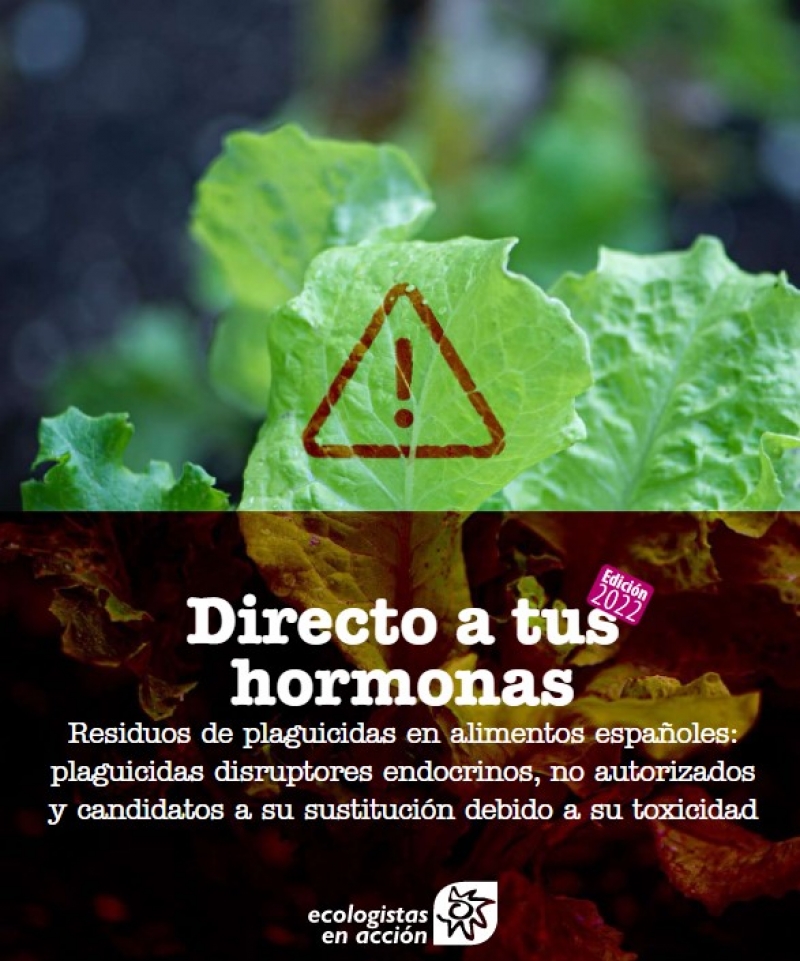 A lot of food sold in Spain is contaminated with pesticides. Some 125 pesticides were found in 35% of the samples analyzed (57 endocrine disruptors, 64 unauthorized, and 13 candidates for substitution and 4 are on our Toxic 12 list). Fruit and vegetables are the group where the highest number of pesticide residues have been detected with 41% of the samples contaminated. The report ‘Straight to your hormones‘ was carried out by our member Ecologistas en Acción denounces that Spain is the European state with the worst official controls on pesticides in food, with 3 samples per 100.000 inhabitants, compared to the European average of 17.

The report is based on the latest official data available for 2020 from the Pesticide Residue Monitoring Programme, compiled by the Spanish Agency for Consumer Affairs, Food Safety and Nutrition (AESAN). The report focusses on three groups of substances:

Main findings in the report:

Thirteen pesticides detected (10%) belong to the list of "candidates for substitution".  These are highly hazardous substances that, despite being authorised, should be replaced as soon as possible by less hazardous alternatives. Four are on our Toxic 12 list that should be banned immediately because they pose great harm to nature and/or to health. They are the insecticides Lambda-Cyhalotrin and  Pirimicarb, the herbicide Pendimethalin and the fungicide Tebuconazole. See for more information our Toxic 12 campaign.

With the above data, Ecologistas en Acción believes that a change in legislation is essential, as the current legislation does not protect the population against pesticides present in food, especially those that alter the hormonal system.

In addition, they see it as urgent that the Spanish administration makes a real effort to:

The full report in Spanish can be found here on the website of Ecologistas en Acción.