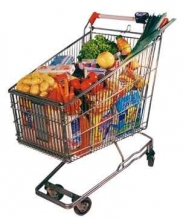 PAN Europe orchestrates independent food testing initiatives designed to inform consumers which supermarkets sell foods with the lowest levels of pesticides. This project aims to celebrate those retailers working successfully with their suppliers to reduce dietary exposure to pesticides while demanding tougher action from supermarkets yet to act.

The results showed substantial differences in the performance of leading European supermarkets - as well as widespread pesticide contamination in grapes. We are now working with our network partners to engage retailers in making commitments towards higher standards on pesticides.

Dutch supermarkets will let their customers immediately know when they are ranked Nr. 1 by PAN-members Natuur en Milieu and Milieudefensie.