Open letter: implementation of EU Directive on Sustainable Use of Pesticides

Open Letter to Dutch Minister of Agriculture on Implementation of SUD

Open letter: A contribution to the flagship conference ‘Nature-based Solutions: From Innovation to Common-use’

Open letter: contribution to soil conference proposing steps toward the implementation of a new agricultural model geared in the interest of human and environmental health through the safeguard of biodiversity.

First of all, we congratulate you for having taken the initiative to organize a high-level conference starting today in Tallin on “Soil for sustainable food production and ecosystem services” as part of your Presidency.

We have recently read in the news that you support a ten years re-authorisation of glyphosate, inter alia arguing that ‘It is too important for agriculture - and for urban dwellers
as well who haven't access to alternative problems in relation to weeds in their gardens either”.

Open Letter to Commissioner Andriukaitis: Manipulation of science in the glyphosate dossier

Concerning: Manipulation of science in the glyphosate dossier.

Ahead of the meeting of Standing Committee on Plants Animals Food and Feed on 30th of May 2017, section Phytopharmaceuticals - Plant Protection Products – Legislation, we would like to share with you our position on why the current proposal to identify pesticides with endocrine disrupting properties is unfit to protect people and the environment from the endocrine-related adverse effects of pesticides. 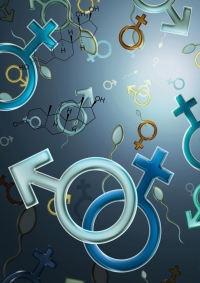 Re: Open letter on implementation of the Sustainable Use Directive on pesticides