No blank cheque for Glyphosate for an extra year 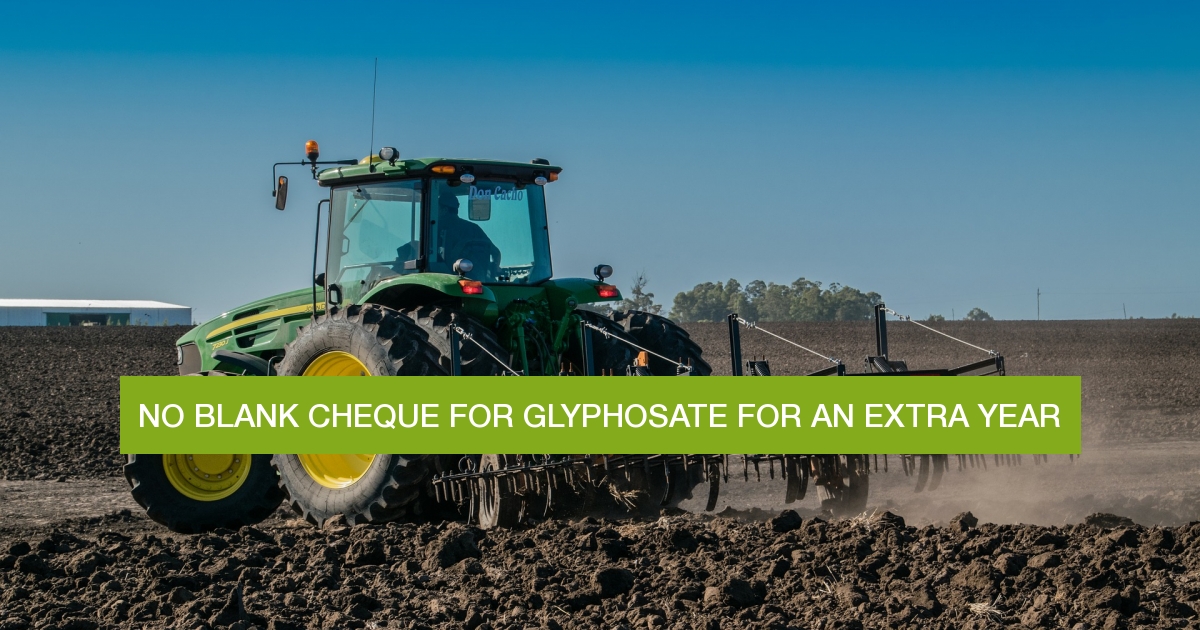 Today, sufficient EU Member States blocked the Commission's proposal in the Appeal Committee to extend the expiring authorisation of glyphosate for an extra year. Pesticide Action Network Europe welcomes the well-justified decision since there is enough scientific evidence regarding the unacceptable risk of glyphosate use to human health and the environment. PAN Europe calls on the Commission not to give a blank cheque for Glyphosate for an extra year, but propose an immediate ban on the harmful herbicide.

Gergely Simon, chemical officer at PAN Europe says: “PAN Europe congratulates the courage of the Member States that opposed to the prolongation of glyphosate. Today's vote is a strong signal towards the European Commission that we need to phase out glyphosate once and for all. The Commission should now listen to European citizens who demanded in two successful European Citizens Initiatives the end of glyphosate and harmful pesticides and propose a ban on the herbicide.”

Prior to the vote PAN Europe demanded from Member State representatives not to support the extension of the current permit as scientific is clear that glyphosate poses an unacceptable risk to human health and to the environment, so based on the precautionary principle according to EC Regulation 1107/20091 Commission and the Member States should ban glyphosate right away.

Gergely Simon added: “There is enough evidence showing glyphosate does not respect the safety criteria of the EU pesticide legislation. IARC (1) classified the herbicide as “probably carcinogenic to humans” (Group 2A), an independent literature showed that glyphosate is genotoxic, a probable carcinogen, neurotoxic and poses an unacceptable risk to the environment.”

Glyphosate is currently approved in the EU until 15 December 2022. EFSA announced in May this year the postponement of its conclusions on glyphosate by one year. The postponement was criticised by PAN, as the EFSA has received enough evidence to quickly produce a statement on the unacceptable risk posed to people's health and the environment. On the 14th of October however, ScoPAFF(2) did not give the green light to the Commission proposal for a one-year prolongation of the current glyphosate authorisation. The EU Commission appealed and the Appeal Committee convened for a vote on the 15th of November 2022. In case of no qualified majority, the Commission has the right to make the prolongation. In case of prolongation of the current permit, Member State representatives would decide about the future of glyphosate based on the EFSA Conclusion and the Commission proposal in the second half of 2023.

(1) International Agency for Research on Cancer.