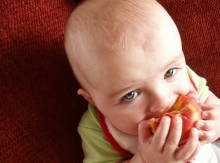 While pesticide residues found in our food, air, soil and water pose a risk to all 500 million citizens of the EU, particular groups of individuals are significantly more vulnerable to pesticide exposure.

These vulnerable groups include infants, children, foetuses and embryos, whose bodies are undergoing complex developmental processes. Children are especially vulnerable as they absorb a larger intake of pesticide residues in what they eat than do adults. Pregnant and nursing women are also at higher risk given the physiological burden of supporting their developing children. In addition the elderly, the sick, and those on medication may be more susceptible to pesticides where their bodies' protective responses are already compromised.

The study by Terre des Hommes and PAN Germany "Children and Pesticides" ( available only in German) documents facts and case studies and calls for a new policy that ensures the gradual phasing-out of the use of highly hazardous pesticides. The study states that every year, millions of people are affected by pesticide poisoning. The dark figure is high because the long-term effects caused by pesticides such as cancer, genetic defects or disorders of the hormone system are hardly taken into account or recorded. Children are particularly threatened by the use of pesticides. They are much more susceptible to the effects of pesticides than adults. Read more >>

Scientific evidence is increasingly emerging about chronic health implications from both acute and chronic exposure. A growing body of epidemiological evidence demonstrates associations between parental use of pesticides, particularly insecticides, with acute lymphocytic leukemia and brain tumors.(Pesticide Exposure in Children) The link between parental pesticide exposure and adverse birth outcomes including physical birth defects, low birth weight, and fetal death, has been also established. (Agricultural pesticide use and adverse birth outcomes)

Prenatal Residential Proximity to Agricultural Pesticide Use and IQ in 7-Year-Old Children, 2016

Thyroid hormone signaling during early neurogenesis and its significance as a vulnerable window for endocrine disruption, 2015

Environmental toxicants and the developing immune system: a missing link in the global battle against infectious disease? 2010

Living near agricultural pesticide applications and the risk of adverse reproductive outcomes: a review of the literature, 2010

Neurodevelopmental Disorders in Children-Autism and ADHD, 2008