Pesticides banned by the EU because of harm and danger are still in our food or environment. Many EU countries continue to allow their use. In a new report, PAN Europe exposes the widespread abuse of emergency derogations in the EU.

Carcinogenic, mutagenic, genotoxic pesticides, those with strong negative impacts on the environment, and those highly toxic to bees are still used in food production. The report “Banned Pesticides still in use in the EU” shows that many of these toxic substances were still widely used in recent years. This is done by using a loophole in the law, intended for emergency situations.

We analysed the emergency authorisations for 24 pesticide-active substances from 2019 to 2022. These pesticides have been either proven to be highly toxic for human health and the environment or to contribute to the rise of antibiotic-resistant pathogens and have consequently been banned in the EU.

Out of the 24 investigated banned pesticide substances, a total of 236 emergency authorisations were granted for 14 substances between 2019 and 2022. Austria is the ‘champion’ of derogations in our review, Finland, Denmark, Romania, the Czech Republic and Greece are not far behind (see graph).

Martin Dermine, executive director of PAN Europe says: “A derogation should be an exception, only to be used on special occasions under unforeseen circumstances. Reality is quite different. This widespread abuse makes the EU pesticide legislation as leaky as a sieve.”

The pesticide industry is the main benefactor of the derogations system. Many Member States simply give in. However, a different approach is possible. Bulgaria, Luxembourg and Malta did not authorise any derogation for these very toxic substances.

Neonicotinoid pesticides account for almost half of the authorisation. They pose a high risk for bees and other beneficial insects and are known for massive losses of bee colonies. Another category of pesticides is not used to prevent or control any pest at all, but to ‘desiccate’ cereals for the harvest.

Martin Dermine says: “The EU law says non-chemical methods should come before the use of synthetic pesticides. Derogations can only exceptionally be granted in emergency situations after it is previously proven that Integrated Pest Management, biocontrol and less toxic pesticides cannot do the job.”

Natalija Svrtan added: “This report discloses the hypocrisy of Member States who agree to ban pesticides at EU level but then give derogations and expose their population and the environment to highly toxic chemicals.”

EU Citizens are worried about the use of pesticides, as is clearly shown in the Eurobarometer. And in the European Citizens Initiative Save Bees and Farmers 1,1 million EU citizens demand a drastic pesticide reduction and pesticide-free agriculture by 2035.

Graph 1: The number of derogations granted from 2019 to 2022 for the 24 active substances in our review 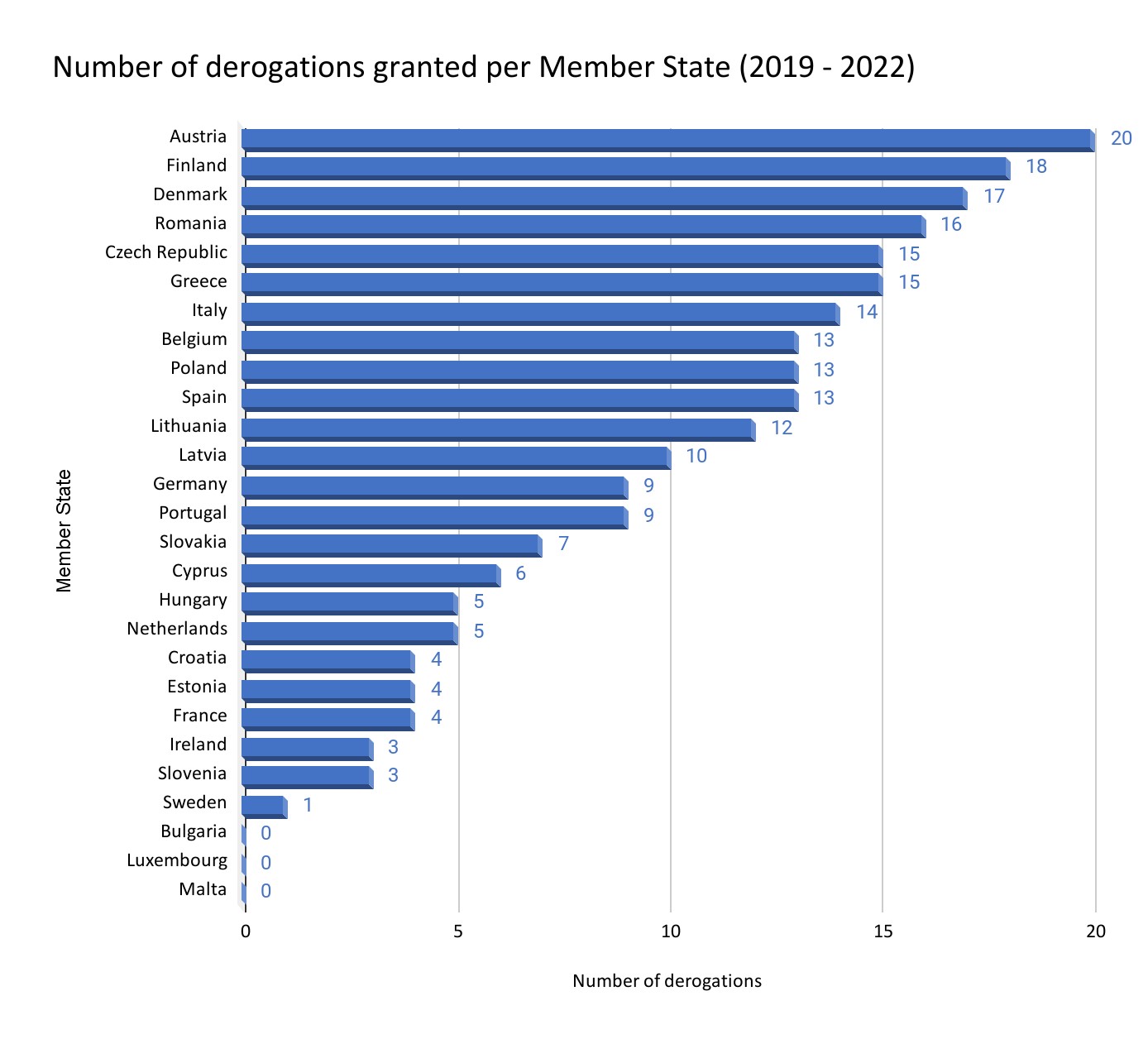 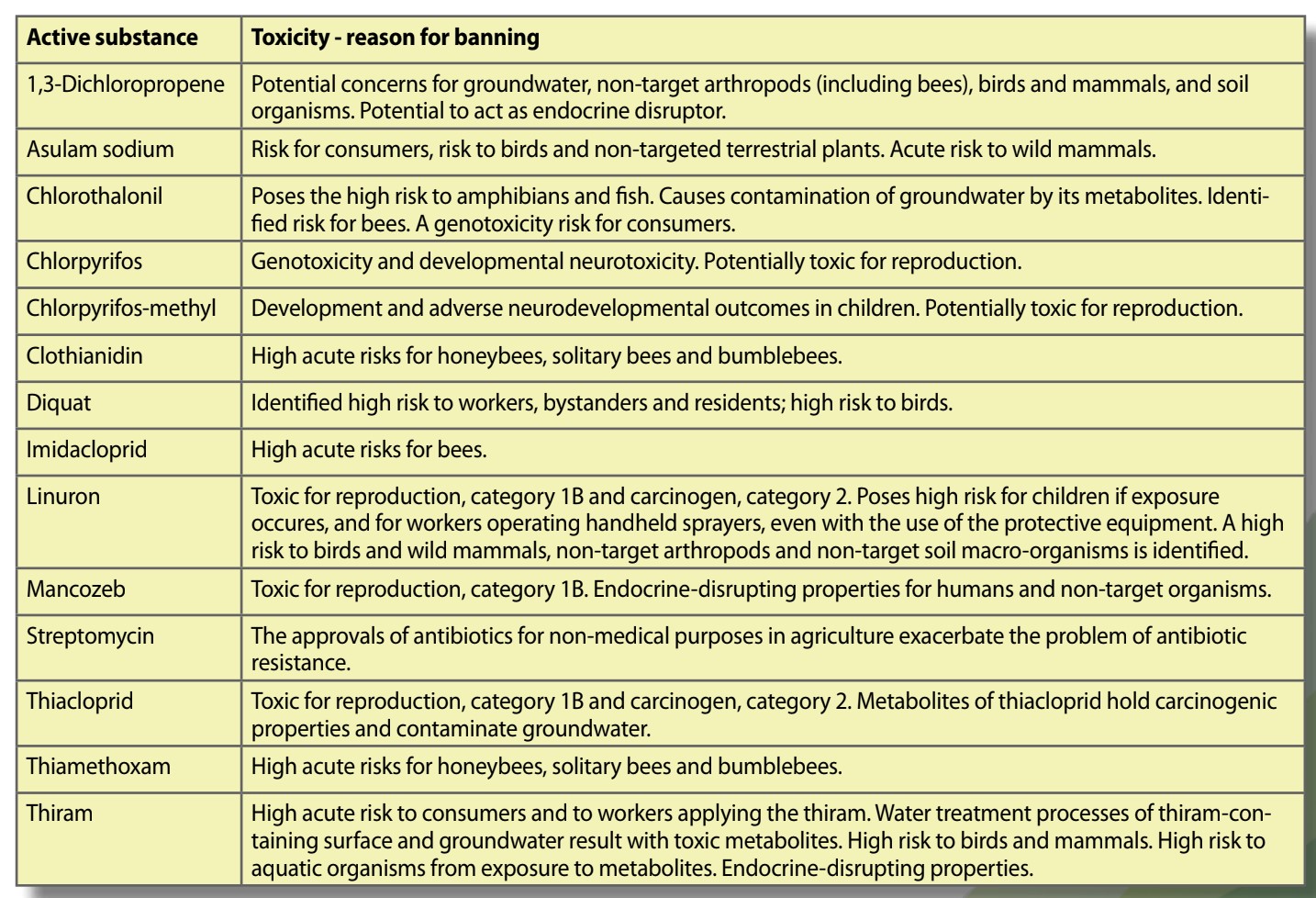