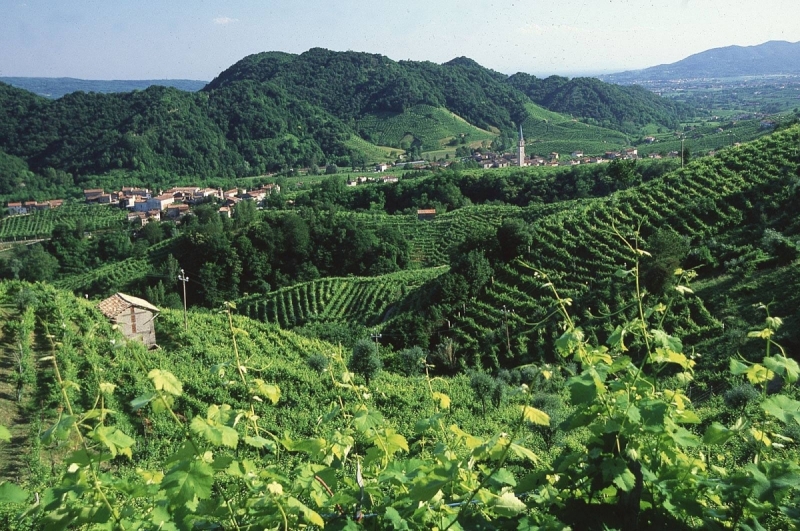 A few days ago, the Italian Council of State confirmed the possibility for the city of Conegliano, located in the Prosecco wine production area, to ban the use of synthetic pesticides on its territory, hence confirming the Italian case law and giving more possibilities for citizens to ask for protection against pesticides from their local authorities.

An increasing number of municipalities across the EU are trying to protect their citizens and their environment against the toxicity of pesticides. Indeed, the transition towards food systems that do not rely on agrochemicals is dramatically slow, due to the influence of agribusiness. Therefore, citizens gather in many areas of Europe to ask their politicians to act to ensure the level of protection the national or European levels does not provide to them.

In 2018, our national member Pesticide Action Network Italy organized a consultative referendum in the city of  Conegliano, requesting a ban on all synthetic pesticides. In October 2018, the successful petition was submitted to the Conegliano City Council, which was to discuss the possibility of phasing-out pesticides in the municipality.

However, these efforts to make this municipality pesticide-free were strongly attacked by agricultural associations and conventional Prosecco producers of the region, that took the issue to Court, contesting the validity of this referendum, first in an appeal to the Ministry of Interior, and then in a second extraordinary appeal addressed to the President of the Republic, who in turn then delegated the decision to the Council of State.

On 20th May 2021, the Italian Council of State gave its judgment, ruling that the Conegliano referendum is legal. This is a big victory, both for the fight against hazardous pesticides, and for citizens’ access to a democratic decision-making.

Gianluigi Salvador, a local activist and a member of PAN Italia said: "Industrialized agriculture, in particular vineyards, produce considerable external costs in terms of pollution and damage to peoples' and ecosystems' health. Powerful groups try in every way to prevent citizens' requests to be protected against agrochemicals".

Indeed, the two appeals were brought by the three main Italian agricultural unions [1], along with by the two biggest DOCG [2] Prosecco producers [3] of this region that has been registered on the UNESCO’s World Heritage List in 2019. PAN Europe had fought this UNESCO classification as it is highly questionable to support a region where huge quantities of agrochemicals are sprayed into the environment.

Henriette Christensen, policy adviser at PAN Europe commented: "PAN Europe has been following for years the victims of pesticides in the area where Prosecco is produced. It is extremely disappointing that the three farmers unions and the Prosecco producers are fighting against rather than engaging with local citizens, but it is just as disappointing that the local administration to date has turned a blind eye on the production methods used in the area while many non-chemical alternatives exist in wine growing."

Martin Dermine, policy officer at PAN Europe to add: "Citizens and courageous politicians try to protect peoples' health and the environment against pesticides in many cities in Europe but they regularly face opposition from higher jurisdictions. We consider that the ongoing revision of the Sustainable Use of Pesticides Directive by the European Commission should lead to clearer rules and finally allow for local authorities to create pesticide-free territories".

Indeed, following an important public support, local authorities have tried to ban pesticides on their territories. In many cases such as in France, higher jurisdictions broke the decision while in Italy, the case law is in favour of such initiatives.

Koen Hertoge, a citizen of Mals in Vinschgau, a small town in South Tyrol (Italy) and PAN-Europe Board Member said: "This court decision shows that the referendum in Mals gave inspiration to other initiative groups in Italy. We are happy to see that the Italian legal system is working and that it allows people to fight for their health, the environment, and their cultural landscape. We are confident that the people of Conegliano will vote for a sustainable future".

[2] Designation of controlled origin and guaranteed.

Blog
World Bee Day: Progresses to protect bees in the EU are too scarce!
Pesticides’ role in heart rhythm disorders?
Pesticides found in EU food: EU citizens are more and more exposed!
PAN Europe asks the Court of Justice of the EU to put an end to the abusive pesticide derogations regime
The Industry's Toxic Influence on the European Union's Legislation
END_OF_DOCUMENT_TOKEN_TO_BE_REPLACED