Prosecco : A story of not a sparkling wine, but a local resistance against pesticides 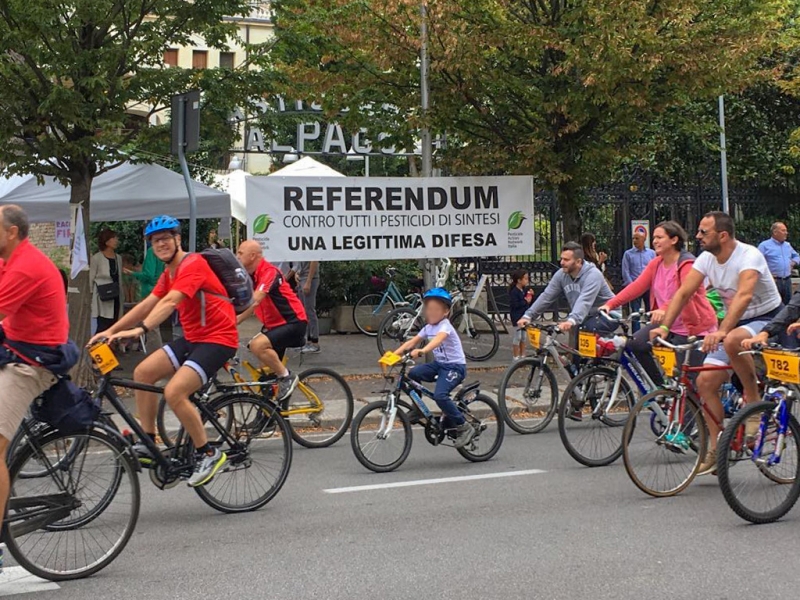 Conegliano is a « a miracle of nature in the Veneto region of Italy located in the famous Prosecco area : both for the wine it produces, and for the splendid hilly countryside», as described in guide books. However, this famous wine production comes with a high price for the local communities.

"I live in a small municipality located in the Prosecco region, in the Province of Treviso, Italy. When I moved here, the ecosystem was still mostly uncultivated and there were only a few farmers in the area. Gradually, the prosecco’s trade, the most famous local wine, exploded and the demand increased. The entire area was transformed into a monoculture of vineyards for the production of prosecco. My home and my orchard were constantly contaminated because of the drift of neighbours’ pesticides. My family is forced to remain home when we hear the spray nozzle and we cannot enjoy our garden for five months of the year. I wanted to start cultivating vegetables in my small hectare but it is no longer possible. Conventional Prosecco vineyards--and the pesticides that they apply--are everywhere and the paradise that welcomed me and my family to the area became just a memory." Gianluigi Salvador

Local citizen groups have been taking up a series of important initiatives against the use of toxic pesticides, asking for a total ban in the region. These initiatives first gathered under a march organized in May 2017, with more than 3,000 citizens and representatives of more than 120 local, regional and national associations. The nomination of the region of Prosecco DOCG in Treviso (Italy) to become a UNESCO World Heritage in 2017 has revealed an urgency for action at both local and international level. Local groups have organised countless meetings and written countless letters to World Heritage Committee to stop the process and not to certify the monoculture of the 15 municipalities of the Prosecco DOCG in Treviso (Italy) as a human heritage until they stop the use of hazardous pesticides and ensure the wellbeing and health of its habitants.

In May 2018, thousands of people participated in the march organised not only in the Prosecco region but also in other regions of intensive wine production. These marches have been followed by regular protest sit ins in front of municipal administration buildings across the region.