Is German EU Presidency about to Break the European Green Deal? 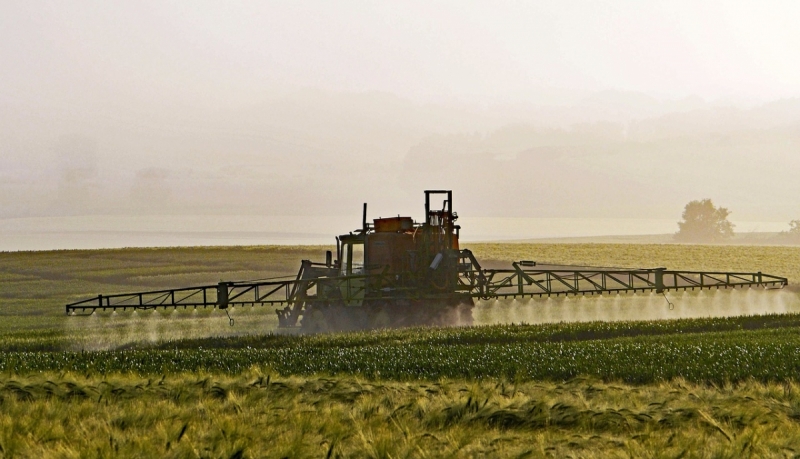 European pesticide legislation is currently failing to fully protect the health of European citizens and the environment - what has happened to what was widely promoted as one of the most stringent pesticide legislative frameworks in the world? At the core of this framework is the:

While European Union institutions are currently in the midst of a process to improve the implementation of this array of laws, contradictory signals are coming in from all sides, with the risk of undermining the EU Green Deal (EGD), the EU’s historical legislative effort to make the continent carbon-neutral by 2050 by restructuring every major aspect of the European economy - the bloc’s “man on the moon moment”, according to Ursula Von der Leyen.

On one hand, there is the blow delivered by the European Environment Agency’s report State of Nature in the EU 2020, which showed that agricultural activities represent “the most common overall pressures” to Europe’s biodiversity, currently declining at an alarming rate. There is also an outcry from civil society organisations that disagree with the current farming model, and demand the withdrawal of the Common Agricultural Policy (CAP) and to end the export of pesticides banned, but produced in the EU, to third countries.

On the other hand, for example, there is the sugar beet industry pressuring one EU member state after the other to obtain derogations – i.e. exemptions - to the 2018 EU ban on neonicotinoids, a family of neuro-active insecticides, the use of which has been linked to adverse ecological effects, including the collapse of honey-bee colonies and huge losses of farmland birds due to a rapid decline in insect populations.

In the middle, is the German government, which assumed the Presidency of the Council of the European Union in July 2020, in the midst of a pandemic.

Earlier, in May 2020, the European Commission had announced the Biodiversity and the Farm to Fork strategies as key components of the EGD. At the core of these two strategies is the objective of reducing pesticide use and risk by 50% by 2030. For civil society groups campaigning for Low Impact Farming, an approach where farmers work with, rather than against nature, this objective created great expectations. In fact, they demand this 50% reduction target to be embedded in the SUD Directive currently being revised.

In May 2020, the Commission also released its conclusions following the evaluation of both legislations on Plant Protection Products (PPP) and on Maximum Residue Levels (MRL). In its REFIT evaluation to “assess if the legislation meet the needs of citizens, businesses and public institutions in an efficient manner”, the Commission identified 16 areas where implementation could be improved and could “bring substantial contribution to the achievement of the objectives of the EGD, the Farm to Fork Strategy and the Biodiversity Strategy.”

Among the sticking points, the Commission noted: “the severe delays, in particular those related to the renewal of approval of active substances and the authorisation of PPP containing approved substances, which in turn negatively affects their effectiveness.” Along with civil society, scientists and policy makers, PAN Europe estimates that the Commission’s evaluation falls short in identifying several important weaknesses of the current pesticide authorisation system, which further prevent the Regulation from fulfilling its purpose.

In the midst of the Covid-19 pandemic, and with the public demanding that world leaders “Build Back Better”, it was the role of the Germany, which had just taken over the EU Presidency, to respond to the Commission’s concerns on delays and lack of implementation on SUD, PPPs and MRL, initiate the transfer of European Green Deal objectives into actual EU laws, and launch the EGD transition journey.

After accessing draft conclusions on SUD, REFIT of PPP and MRL Regulations from the EU Council, PAN Europe determined that, both when it comes to pesticide authorization procedure and pesticides use, Member States are:

In parallel, according to the documents accessed by PAN Europe, the German EU Presidency appears to be refusing to:

Admit the detrimental effect of pesticides on biodiversity,

On November 27th, 2020, the EU Council Working Party on agricultural questions gathered to respond to the Commission’s concerns.

What is now a draft might well become the official EU Council position by the end of 2020, which would not only undermine the European Green Deal, but would be a devastating blow to biodiversity and EU environmental achievements.

Large-scale projects in the Netherlands and the UK have shown that conventional farmers who developed IPM techniques could reduce use of pesticides by 90%, while yields were maintained or even increased. Using rotations, resistant varieties, undersowing, intercropping and maintenance of non-crop vegetation for the protection and enhancement of biodiversity,  while only applying chemical control as a last resort, is already happening; and managing pests instead of killing them is the way forward for EU farmers. We also know, thanks to widespread research that over time, alternative farming represents economical advantages and improves soil health.

PAN Europe and other civil society members are calling on the German EU Presidency to recognize its obligation to assure coherence with EU policy and legislation and therefore:

With the Covid-19 pandemic, we have seen the devastating human and economical impacts of ignoring scientific warnings. The EU cannot afford another crisis of this scale, especially when most of society and our institutions want to “build back better”, and when alternative solutions already exist. As the EU is still struggling with the pandemic, Member States and the German EU Presidency must embrace long term and coherent reduction in pesticide use and the full uptake of Integrated Pests Management and agroecological practices as a central pillar of Europe’s ambitions with regard to the protection of the humans and the environment, water and biodiversity.

This would send a clear and unmistakable signal that the Council is on board the European Green Deal.

Blog
Have your say in the Consultation on the EU Pesticide Reduction Law
EU Commission refuses to protect children and the unborn against neurotoxic pesticides
Florence joins the European Pesticide Free Towns Network
World Bee Day: Progresses to protect bees in the EU are too scarce!
Pesticides’ role in heart rhythm disorders?
END_OF_DOCUMENT_TOKEN_TO_BE_REPLACED