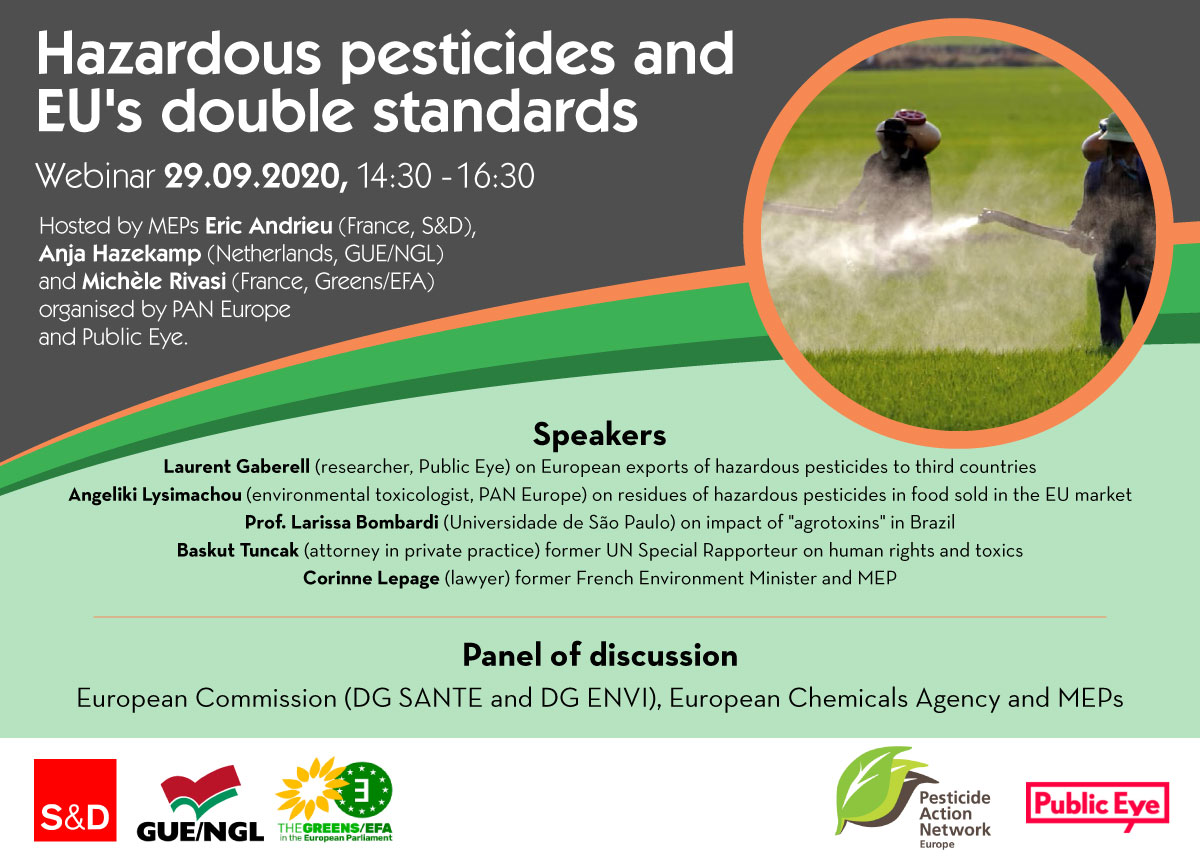 There is a growing concern by European Citizens about the use of hazardous pesticides in food production and their impact on human health and biodiversity, globally. This event aims to present and bring to the debate the issue of European exports of hazardous pesticides that are banned in Europe or their use is severely restricted, which are often detected in food sold in the European market. A debate panel with the Commission (DG ENV and DG SANTE), the European Chemicals Agency and Members of the European Parliament will take place to discuss the role of the EU and potential political solutions.

▪ Banned in Europe: How the EU exports pesticides too dangerous for use on its own fields, by Laurent Gaberell, Agriculture & Food expert at Public Eye.

▪ The use of pesticides in Brazil: environment and childhood under attack, by Larissa Bombardi, Professor at the University of São Paulo.

▪ French law and the validation by the Constitutional Council of the primacy of the right to life over entrepreneurial freedom, by Corrine Lepage, environmental lawyer, former Minister of the Environment in France and former MEP.

Hazardous Pesticides And EU’s Double Standards I Speakers' biographies V2.pdf
Related Briefings
Factsheet: Which indicators to best measure the EU objective of pesticide use and risk reductions
PAN Europe’s briefing on REFIT of PPP and MRL Regulations (EC No 1107/2009 and 396/2005)
PAN Europe's reaction to European Commission publication of Harmonised Risk Indicators (HRI) for pesticides
Our campaigns