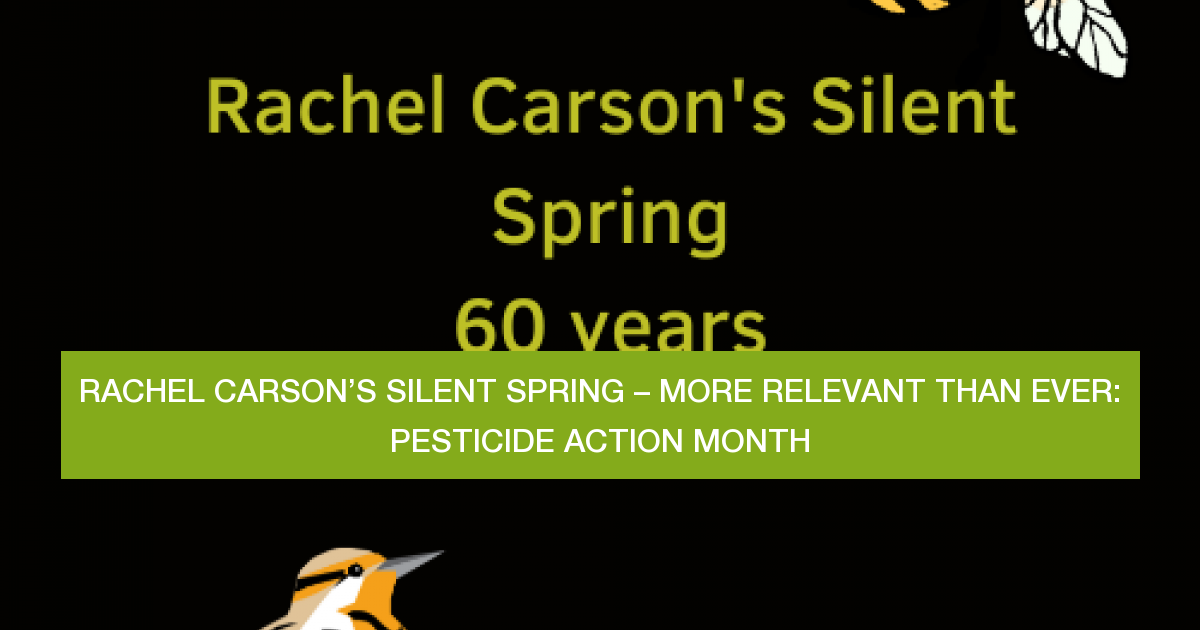 On the 27th of September 1962, Rachel Carson published her famous book ‘Silent Spring’. She gave the world an important warning. But did we listen?

It helped to have DDT and other highly toxic chemicals banned. But the system didn’t change. We did not take ‘the other road’ she describes in the last chapter of her book. The world listened to the chemical industry. New and in many aspects more toxic pesticides were introduced. We are trapped in this chemical treadmill and toxic business is booming. Pesticide reduction is a myth, the worldwide sales are higher than ever. The effects on biodiversity, soil fertility, water quality, and health are devastating. The amount of scientific evidence of the damage is overwhelming but the chemistry lobby keeps many farmers, politicians and the regulation in a stranglehold.

The other road does exist and is inevitable because it is the only way to can provide food security in the long run and give a future to generations to come. To take that ‘other road’ we need to free ourselves of the chemical industry's unhealthy control of our food system and regulations.

We announce the Rachel Carson Pesticide Action Month, with a series of reports and activities to highlight the influence of the pesticide industry and show that alternatives do exist.

The world is using more pesticides than ever before. Add the figures in the FAO statistics below and you can see that the world is at Peak Pesticide. It also clearly shows that pesticide reduction is a myth so far, even in Europe where sales and use have been more or less constant since 1990. 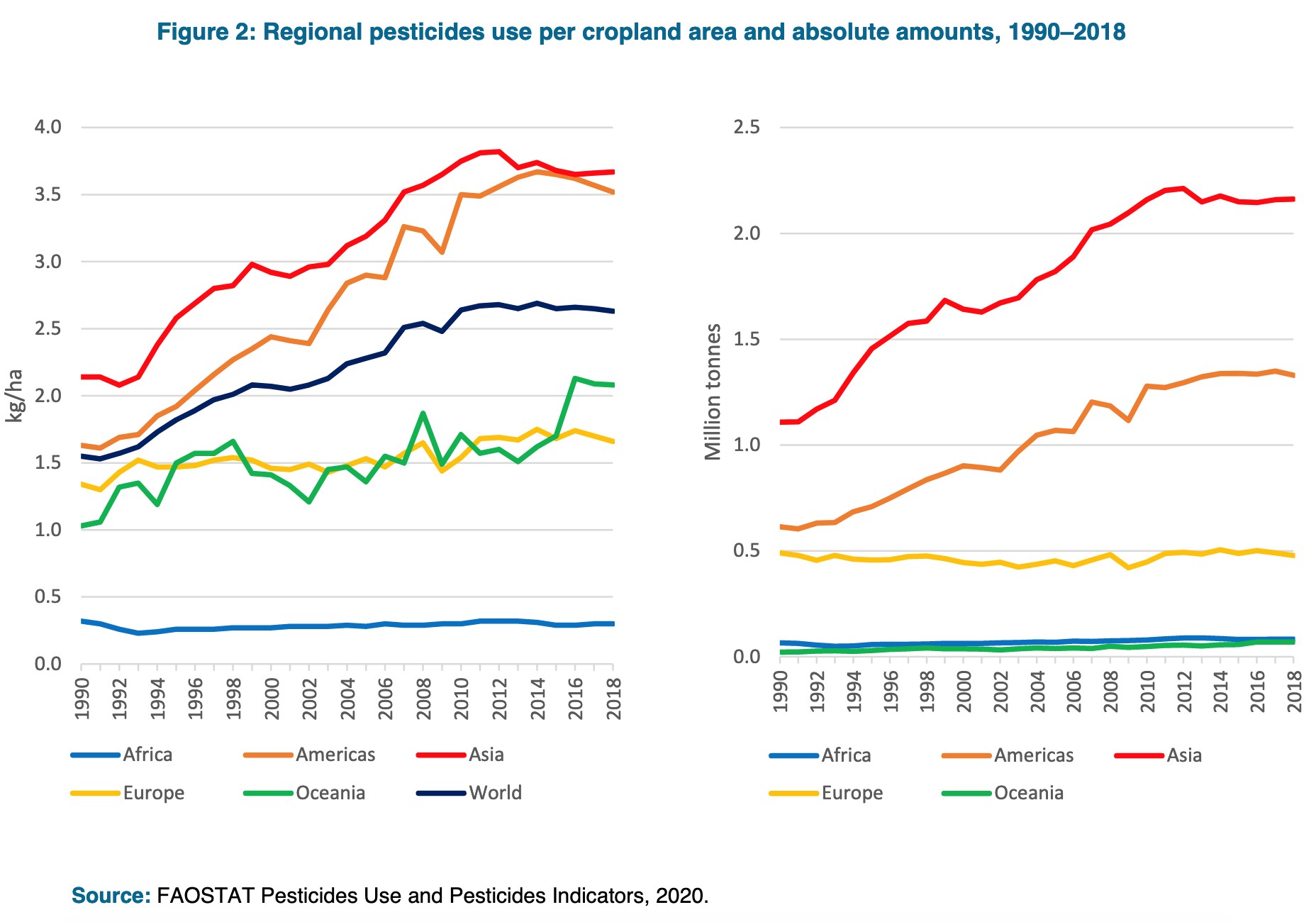 “Man is a part of nature, and his war against nature is inevitably a war against himself.”

“Global biodiversity is in crisis, with extinction rates running at more than 1,000 times natural levels and likely to accelerate. Insects in particular are undergoing catastrophic declines, yet these small creatures are vital to the functioning of ecosystems and to our own survival. A major cause of their decline is the plethora of pesticides applied to farmland and our streets and gardens. Rachel Carson would weep if she were alive to see how much worse this has become since she published Silent Spring. We urgently need to move towards truly sustainable farming systems and end all uses of pesticides in gardens and towns.”

“We have lost 55% of farmland birds and 39% of grassland butterflies in Europe since 1990 alone. While we see a 300% increase in the volume of pollinator-dependent crops since 1961, we are seeing a rapid loss of pollination services, especially by wild pollinators. These numbers may seem staggering, but scientists estimate speed of losses to be vastly under-estimated.

Silent Spring is expanding to a silent life on Earth. Our pesticides, among other means to combat nature, poison us too. Not only the food we eat, but also poisoning the land and water, the insects we depend on, and the soil that nourishes our crops. We are risking our future on Earth: we cannot produce on a dead land.”

The Rachel Carson Pesticide Action Month is organised by the PAN Europe network with member organisations in many countries, together with BeeLife, Birdlife, Corporate Europe Observatory, Compassion in World Farming, the  European Environmental Bureau, Friends of the Earth Europe and Good Food Good Farming.

See our campaign page for information sources and the event calendar