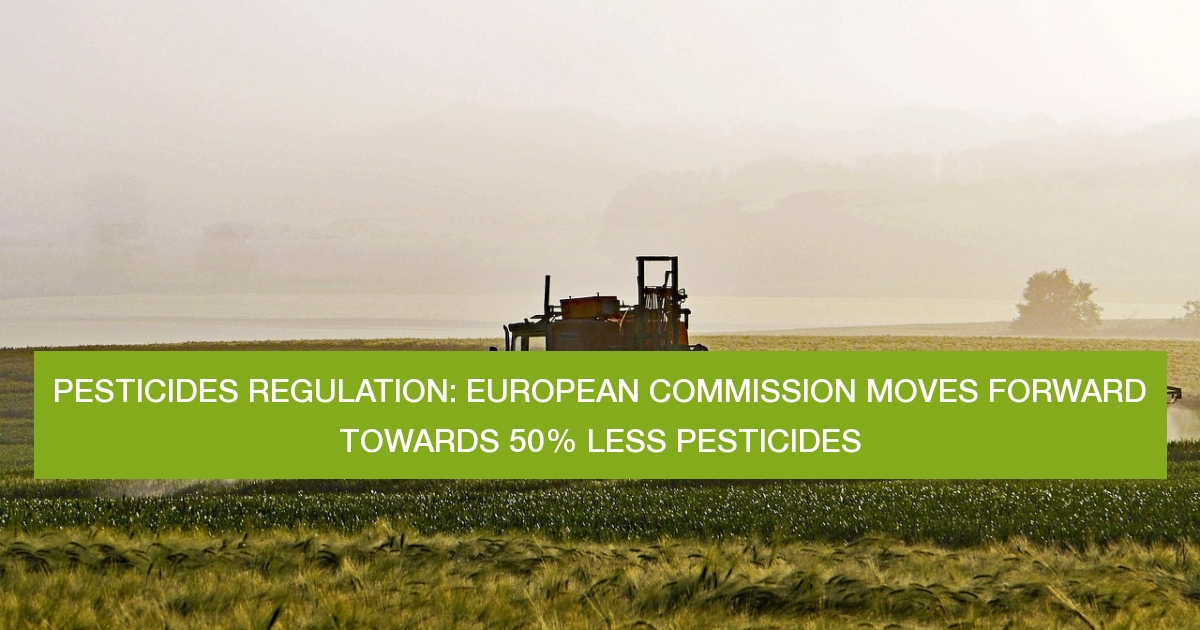 The publication of the "Sustainable Use of Plant Protection Products" regulation proposal with an objective to cut pesticides by 50% until 2030 shows the will from the European Commission to resist pressures from pesticide-friendly Member States. Even though the proposal needs strong improvements, PAN Europe welcomes its publication so that democratic discussions can finally start.

Martin Dermine, a policy officer at PAN Europe said: "Pro-intensive agriculture and the agribusiness lobby have used the Ukraine crisis to try to postpone and water down any improvement to protect citizens' health and the environment against pesticides. Their lobby has found support from 12 Member States who put the Commission under intense pressure. It was exceptional for the European Commission to face such lobbying from the Council before publishing a draft legislative text!"

Twelve Member States, led by Poland and Estonia, have published two position documents (1 & 2), asking either to postpone the implementation of the Farm-to-Fork Strategy or to water it down. While the war in Ukraine revealed the fragility and unsustainability of the EU agriculture sector, a massive lobbying from agribusiness, supported by countries such as France and Poland, played with scaremongering messages to maintain our dominant model of toxic agriculture.

Martin Dermine commented "The draft proposal from the Commission is a starting point for the discussions: it needs improvements to prevent Member States from playing with figures to escape from the needed transition towards agroecological practices. The calculation system to measure progresses is flawed and needs major improvements".

Martin Dermine added: "To please pesticide-friendly Member States, the Commission has included at the last minute a concept of 'intensity' that would allow some Member States with intensive agriculture regions to maintain business as usual, leaving the environment unprotected".

The Commission draft regulation sets some clear rules to cut pesticide use, imposing 'Integrated Pest Management' (IPM) to farmers, while banning pesticides in cities and in ‘sensitive’  areas. Furthermore, as a last minute change, the Commission proposes to amend the regulation on CAP strategic plans, allowing Member States to offer farmers CAP funding for implementing IPM.

Henriette Christensen, Senior policy adviser at PAN Europe said: "It is totally unacceptable to use CAP funding to support the implementation of IPM: IPM has been mandatory since 2014. This proposal is moving the IPM implementation another decade back in time. On the contrary, a non-implementation of the law on IPM and pesticide rules should lead to the reimbursement of CAP subsidies by the farmers!".

Natalija Svrtan, a campaigner on pesticide-free towns at PAN Europe added "Countries such as France or Belgium have banned pesticide use in public areas long ago. The fact the Commission wants to make it mandatory throughout the EU is very positive!"

Natalija Svrtan added: "PAN Europe strongly supports the proposal to ban pesticides in nature protected areas: indeed, it does not make sense to fund nature-restoration measures on the one hand, and allow the destruction of biodiversity with pesticides on the other".

Martin Dermine to conclude: "Recently, 1.2 million EU citizens supported a European Citizens Initiative for a pesticide-free EU by 2035. The proposal from the Commission must be improved, if we want to make a difference! Pesticide reduction must become a reality everywhere in the EU!".

PAN Europe considers that a 50% pesticide reduction is, from an agronomic perspective, not an ambitious objective: scientific and empirical knowledge show that conventional farmers can reach this target through minor changes in practices, without yield reductions. PAN Europe advocates for a true transition towards agroecology, with an 80% reduction of pesticides until 2030 and 100% until 2035, as a realistic objective. This would benefit farmers' long-term sustainability, the recovery of biodiversity and the protection of citizens' health.