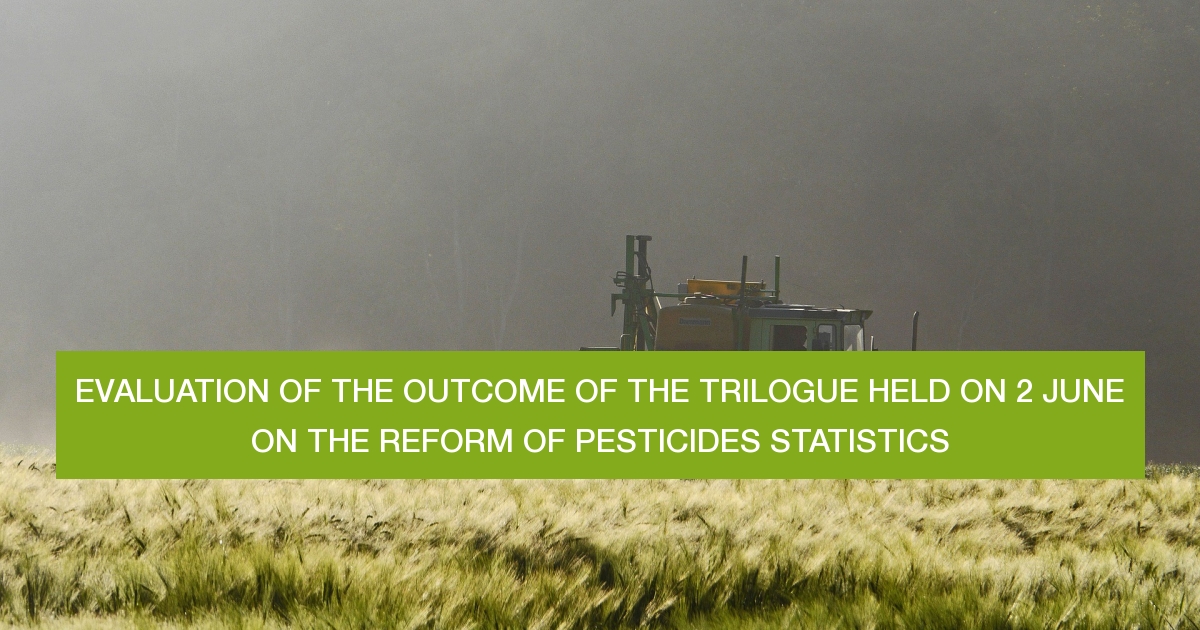 On the basis of the negotiation documents published on 3 June 2022(1), ClientEarth, GLOBAL 2000 (FOE Austria) and PAN Europe acknowledge and welcome the progress made in the negotiations of the new regulation on the Statistics on Agriculture Input and Output (SAIO), with regard to pesticide use data. As explained further below, considering the status quo and the initial reaction of the Council to the Commission SAIO Proposal(2), the outcome of the negotiations is positive in that it foresees, at least, the collection and publication of annual pesticide use data in 2028 and some improvements of these data until then.

However, as further detailed below, the text agreed falls short of ensuring that the relevant data on pesticide use will be collected and published soon enough to contribute to measure progress towards the pesticide reduction targets set out in the Farm to Fork Strategy. In addition, the pesticide use data will only be collected every year if and when another EU act is adopted that would require professional users of pesticides to transmit their pesticide use records in electronic format. The national governments need to clarify when and how such condition will be met.

More specifically, the positive aspects of the text agreed in trilogue can be summarised as follows:

The major limitations to the text agreed are as follows:

There are also a few other shortcomings in the agreed text worth highlighting such as:

Overall, the key added value of the Commission’s initial SAIO Proposal regarding pesticide data was the annual digital collection of the farmers records. On this topic, while “late” may be “better than never”, what is concerning in the text agreed is the risk that it could actually still be “never”.

We understand that the “Union legislation requiring professional users of plant protection products to keep records on the use of such products in electronic format” – which would trigger the annual collection of the data and greater coverage – is planned as an implementing act under Regulation (EC) No 1107/2009. However, no draft has been presented to the PAFF committee to date. We call on the Commission and the representatives of national governments in the PAFF committee to adopt this act by July 2022.

(11) See 3 June 4-column document, lines 24c : the SAIO regulation will not require however more data than what is already collected under Regulation (EU) 2019/6