Why is FAO so complacent with Syngenta’s killer herbicide Paraquat ? 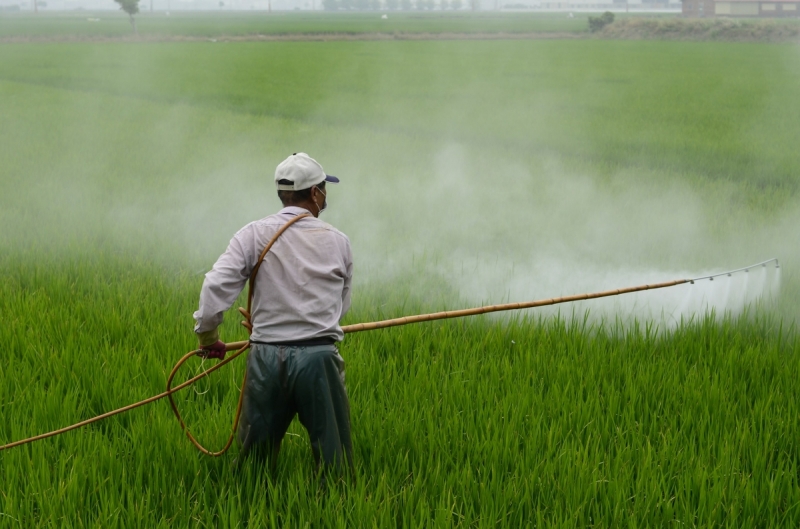 The world food organisation FAO has been strongly critised by civil society organisations for signing a partnership with pesticide lobby organisation Croplife International. “This is like the world health organisation teaming up with the tobacco industry” is the comment. Now this partnership is becoming even more suspicious. The Swiss organisation Public Eye has disclosed that the FAO is promoting a dangerous advice on one of the world's deadliest pesticides Paraquat, top selling product from prominent Croplife member and funder Syngenta.

Paraquat is a herbicide that is banned in Europe since 2007. However, it is still produced in large quantities in UK and EU factories and exported all over the world. It is one of the most lethal pesticides: tens of thousands of farmers and family members have died by ingesting only a very small amount. As little as 10ml - a tablespoonful - can be fatal, and there is no antidote. Most people who swallow it do not survive.

The herbicide is banned in over 50 countries, including the EU, the UK, China and Switzerland. However, thousands of tonnes are exported all over the world.

Syngenta has added an emetic (vomiting agent) to the Paraquat mix, marketed as Gramoxone. However, this did little or nothing to prevent poisoning deaths. Syngenta has known this for a long time - but continued to present it as effective to regulators and the public.

Now a former Syngenta employee has spoken out. Jon Heylings is a senior toxicologist, and an honorary professor of toxicology at Keele University. Before that, he worked for 22 years at Syngenta and its predecessors, working on safer formulations of paraquat.

Heylings’ warnings are focussed on the emetic added to Syngenta’s paraquat products, a chemical codenamed PP796. The point of this additive is to reduce the product’s toxicity by causing people who swallow it to vomit out the paraquat before a fatal dose can be absorbed into the bloodstream.

But Heylings argues the amount of PP796 added to standard Gramoxone is far too little to trigger prompt vomiting in most people who swallow a ‘minimal lethal dose’ of the weedkiller. He shows that the concentration is based on a single “fabricated” internal report from 1976, in which a toxicologist used data from a small-scale clinical trial. Syngenta wrongly suggests that humans were ten times more sensitive to PP796 than any of the animal species it was tested on.

“I have evidence here of wrongdoing, and I’m determined to see this through.”

Heylings first discovered the failings in 1990. He sent his findings in a series of memos to his superiors. He wrote that the concentration recommended was “probably well below an effective emetic dose in man”. And that “a sharp increase in the concentration of emetic in Gramoxone could “reduce the number of fatalities attributed to paraquat poisoning”. But nothing happened. The concentration is still the same as in the seventies.

Even worse, syngenta has persuaded the Food and Agriculture Organisation of the United Nations (FAO) to adopt this concentration of PP796 as a global specification, in the agency’s guidance on the standards all paraquat-based weedkillers should meet.

When Heylings discovered in 2018 that the FAO was still using this standard, he again sounded the alarm. First in meetings and correspondence with Syngenta, then with the FAO. “I have nothing against Syngenta,” he wrote in a 2019 email to the FAO. “I just want the next child that accidently takes a sip of paraquat weed-killer to have a fighting chance of survival by vomiting the poison out before a lethal dose is absorbed into the blood and they die of pulmonary failure.”

In a reaction the FAO told Public Eye it had held a “special session” to review its paraquat specifications in response to Heylings’ concerns. They said the report was “currently being finalised”. A bit late, 3 years after the repeated warning. So is there a conflict of interest with the Croplife partnership? Is the FAO still able to act as an independent organisation?

Read the full story on Paraquat on the Public Eye website: