Soil is our ally yet we treat it as an enemy : Why are healthy soils key to a sustainable agricultural model ? 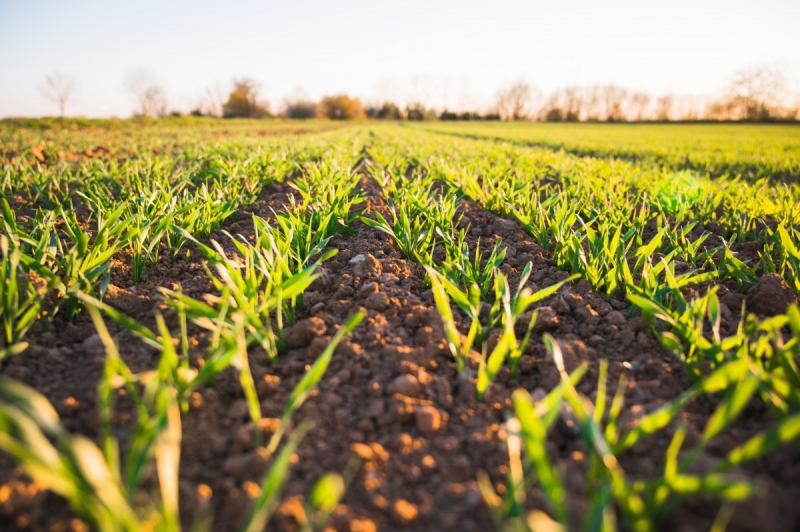 Pesticides residues can be found in soils a long time after application, even in soils long converted to organic farming, as a recent and outstanding study pointed out. This research has huge implications for the agricultural sector, and confirms that a shift in our practices is needed urgently. As part of the Pesticide Action Week, we’re taking a deeper look at the long-lasting damages that pesticides cause to soils, and what policy-makers should do about it.

Soil is an almost incredible mix of geology, geography, climate, weather, aspect -and time  It’s a basis for life, a source of occupation, work, war, society, tragedy and happiness.  Biodiversity, clean water and food production depend on it. With those wonderful attributes, you would think we would cherish it. But not many do. It’s often more a dump than a source of endless wonder and study.

What is an healthy soil?

For me, a healthy soil is capable of delivering, to the best of its natural ability. That’s not to put aside other inputs but to put first what the soil itself can offer and to use it with that concept at the top of the agenda.  It means guarding its biodiversity, its structure, its organic matter content and its filtration capacity. Charles Darwin, in 1881, said with regards to  earthworms: “Without the work of this humble creature, who knows nothing of the benefits he confers upon mankind, agriculture, as we know it, would be very difficult if not wholly impossible”.  Everyone and every organisation involved with soil should remind themselves of this wisdom everyday.

A new study that should deeply concern us

INRA studies have recently shown that some pesticides commonly used in Europe have negative effects on earthworms and on non-targeted microorganisms and also cause a change in different species abundance.

In March 2021, researchers, reporting in the American Chemical Society’s Environmental Science & Technology, have identified pesticide residues at 100 Swiss farms, including all the organic fields studied, with beneficial soil microbes’ abundance negatively impacted by their occurrence. So  chemical pesticides still are not just undermining target organisms but, as well as their well known effects on pollinators including bees and beetles, also undermine the soil itself through damage to the microorganisms and worms whose work is fundamental to soil health.

A recurring cycle of soil damage

To deliver its benefits, soil needs to function well but some modern practices effectively prevent it from so doing.  Pesticide use is a trap to encourage yet more pesticide use. Pesticides don’t just attack plant pests but also soil beneficial organisms thus weakening the soils ability to deliver its full contribution to plant protection. So the farmer requires to use more pesticide to overcome the damage the pesticide itself has already done to the soils natural ability. This makes no ecological and no economic sense.

The implications not just for water and biodiversity are becoming ever clearer. The soils natural abilities to function are now under severe stress and that includes its ability to sequester carbon and play its full role in addressing climate change.  So the soil, weakened by long term pesticide and pesticide residue damage now risks to become an emitter of GHG as the very balance of its own biodiversity is undermined. Logic is reversed!  Soil is our ally yet we treat it as an enemy.

In plain words, our farming systems are breaking down. Half the organic content of arable soils across Europe has been lost, as the LUCAS survey suggests. Organic levels in arable soils are far less than in long term grassland soils. We have  moved from mixed livestock and arable farms to specialist farms to the detriment of soils. The livestock farms are over fertilised and produce too much animal manure, the arable farms use too many pesticides.

The implications of the Swiss study for organic farming are immense. Clearly, it’s taking decades to rid soils of pesticide residue levels and this is weakening the ability of organic farming  to reach its full potential through its harnessing of natural processes. It’s fighting a huge cleanup battle from the start and needs support to do so.

What must policy-makers do?

The Commission needs to build the results of the Swiss study into its work on soil, on organic farming and on the sustainable use of pesticides and into the heart of the CAP including both Eco-schemes and Rural Development. For the arable sector, this means implementing Integrated Pest Management (IPM) now through a soil friendly approach.  Real rotations, the provision of field and pesticide free flower margins to build up beneficial organisms and provide much needed refuge for our starving biodiversity, the use of disease resistant varieties, intercropping and under sewing are the keys now to return to soil health.  Add to that, a much greater drive towards organic farming and mixed farming systems. Such measures to support soil health are essential now in both eco-schemes and rural development programmes. They need to be long term in scope and ambition thus encouraging farmers to transition to putting soil health at the centre of their daily lives. And, of course, the replacement of chemical pesticide control by biological control where control is necessary.  But let’s not put the cart before the horse; the emphasis has to be on changing farm systems and practices so that no or the least amount possible of chemical pesticides is used and such pesticides have no detrimental effects on soil.

I completely agree with PAN Europe’s recommendation that the EU replicates the Swiss study as a matter of great urgency across arable farming in all member states. It believes this can be done as part of the LUCAS soil survey which needs both greater support and expansion. Furthermore, soil research, more generally, needs to be upscaled across Europe to ensure it can play a full and  rich role in delivering the benefits it offers freely for carbon sequestration, biodiversity and water.

Blog
Have your say in the Consultation on the EU Pesticide Reduction Law
EU Commission refuses to protect children and the unborn against neurotoxic pesticides
Florence joins the European Pesticide Free Towns Network
World Bee Day: Progresses to protect bees in the EU are too scarce!
Pesticides’ role in heart rhythm disorders?
END_OF_DOCUMENT_TOKEN_TO_BE_REPLACED