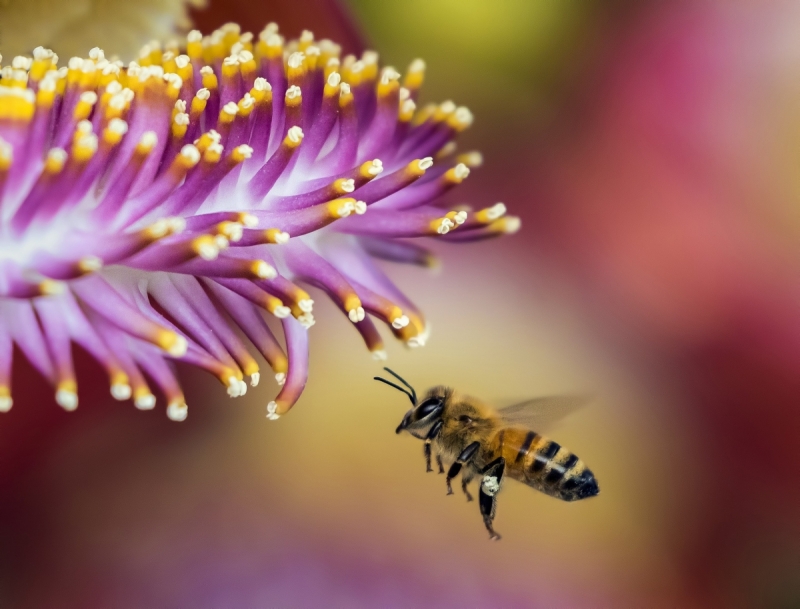 As civil society and beekeepers have applauded the 2018 ban on outdoor uses of bee-killing neonicotinoid pesticides, citizens might be led to believe that problems related to plummeting numbers of bee colonies around Europe and the world are finally solved. In reality, they are still very present, and a source of deep concern to many.

A few days ago, 600 honeybee colonies were found dead in Croatia. The only possibility in these cases is the exposure to a pesticide. Earlier this year, in Bulgaria, illegal uses of banned neonicotinoids have led to en masse honey bee colony losses. While these instances are sad reminders of the massive die-offs in the Rhine valley in Germany in 2010 when 10 000 honey bee colonies died from exposure to neonicotinoids, this new example of acute intoxication of bees reminds us of the massive failures of EU and national authorities to protect our pollinators from toxic agrochemicals.

Indeed, many toxic substances are still on the market: sulfoxaflor, flupyradifurone, deltamethrin - just to name a few - are among those substances that are on the market because European Member States refused to implement the EFSA Bee Guidance Document from 2013 and, instead, initiated a review of this document. The level of disregard on the part of our public authorities is such that some beekeepers need to go to Court in order to protect their rights. In a recent judgement from a French tribunal, a farmer was convicted for killing the hives of a neighbouring beekeeper by using an approved fungicide according to the label instructions; one more example that pesticides are not properly tested for their actual toxicity on non-target organisms!

While remaining active in advocating for the implementation of the EFSA Bee Guidance Document to better assess the risk of pesticides on bees, PAN Europe is advocating to phase out the use of synthetic pesticides in the frame of a European Citizens’ Initiative named Save Bees and Farmers, whose aim is to collect at least 1 million signatures to demand EU institutions to finally act to reconcile agriculture and the environment. Every signature counts!

Blog
Have your say in the Consultation on the EU Pesticide Reduction Law
EU Commission refuses to protect children and the unborn against neurotoxic pesticides
Florence joins the European Pesticide Free Towns Network
World Bee Day: Progresses to protect bees in the EU are too scarce!
Pesticides’ role in heart rhythm disorders?
END_OF_DOCUMENT_TOKEN_TO_BE_REPLACED