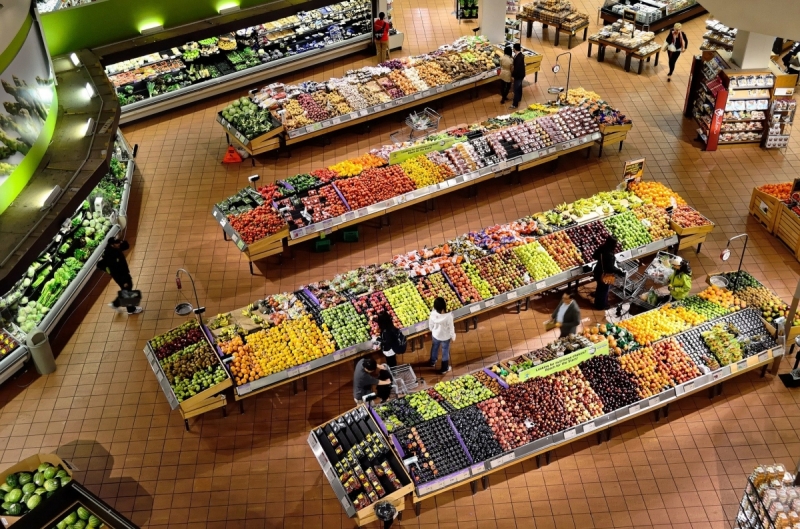 On 24 February 2022, the European Food Safety Authority (EFSA) published its latest annual report on pesticide residues in food for the year 2020[1]. Data show that half of the fruit and vegetables on the European market are still contaminated with residues of at least one pesticide, while a quarter of them contains a cocktail of up to 15 pesticide residues. Science reports that exposure to such residues might have a significant impact on people’s health, including unborn children. Yet, EFSA’s report fails one more time to highlight the real shortcomings of the regulatory system in terms of consumer protection.

EFSA's conclusions are the followings:

Reading these few lines of summary, which are often where readers stop, suggests that all is well: the EU Regulation is massively enforced, and supported by a dietary exposure methodology of EFSA which concludes that, although pesticide residues are everywhere, they do no harm! PAN Europe challenges this biased methodology[2] and the conclusions drawn from it, which we consider misleading for consumers, in the way they are introduced.

Therefore, PAN Europe has analysed the results of this report in more detail to come up with more meaningful and alarming findings for consumers. According to our own analysis, no progress has been made in terms of food contamination and cocktail effect’s exposure over the last 10 years!  Our graphs even suggest an increase trend in the presence of pesticide residues in food, whereas the European Commission welcomes a reduction in the use & the risk of pesticides since 2018[3]! 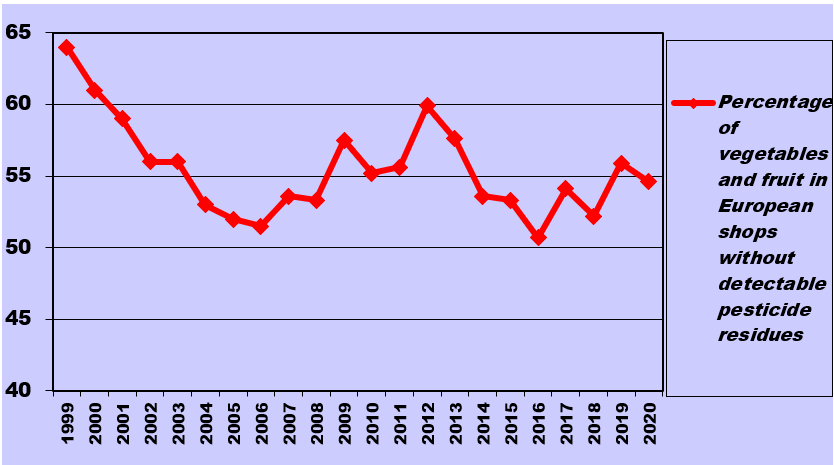 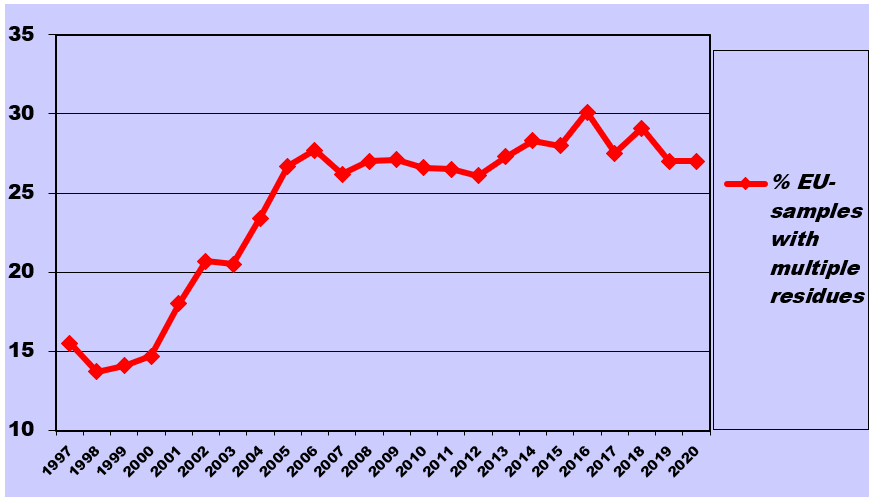 In lingo, this implies chronic dietary exposure of consumers to a cocktail of pesticide residues, whose cumulative adverse effects are now largely reported but poorly assessed[4]. In circumstances where cocktail effects are not considered, we hardly understand how EFSA can exclude risks to consumers. This misleading and unscientific communication is unacceptable!

In the context of the Sustainable Use Directive revision, these findings also show that the current risk-based indicators for pesticide reduction in the context of the Farm to Fork Strategy are not suitable as they do not reflect, or even mask, the increasing presence of pesticide residues in food (but also in the environment).

[2] How to best address cocktails effects in the Pesticide legislation? Towards the implementation of a Mixture Assessment Factor (MAF): PAN Europe’s Position Paper | PAN Europe

Blog
World Bee Day: Progresses to protect bees in the EU are too scarce!
Pesticides’ role in heart rhythm disorders?
PAN Europe asks the Court of Justice of the EU to put an end to the abusive pesticide derogations regime
The Industry's Toxic Influence on the European Union's Legislation
The European Commission draft proposal to 'reduce' pesticides is a major disappointment
END_OF_DOCUMENT_TOKEN_TO_BE_REPLACED