Pesticide free towns are on the move! But are they sufficiently supported by the European regulators? 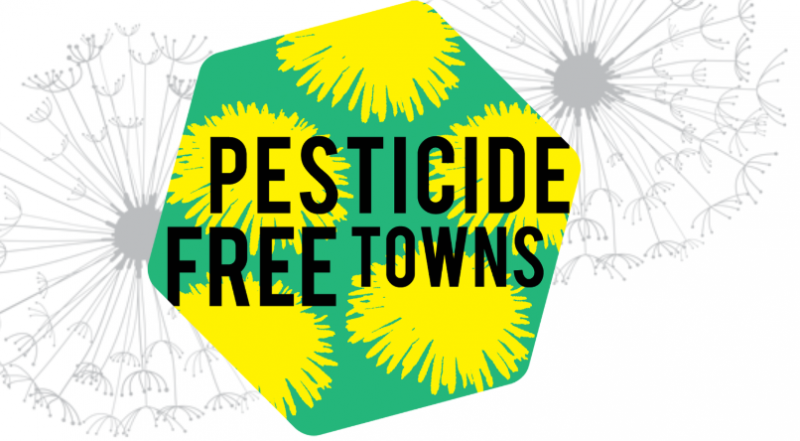 EU citizens are increasingly concerned about their health and well-being, and that of the natural environment. We have been witnessing massive dramatic decline in numbers of bees, birds and insects. There is a strong public outcry for a healthy living environment demanding local, national and EU regulators to put nature and people’s health at the heart of the regulatory efforts.

Recent case of European Citizens' Initiative (ECI) to ban glyphosate and protect people and the environment from toxic pesticides has revealed that EU regulators do not sufficiently hear citizens’ outcry. Whereas many towns and cities across Europe hear this outcry and banning glyphosate use in public areas and some towns like Brussels are even going further and banning glyphosate for private use.

PAN Europe's campaign on pesticide free towns has many other inspiring stories from EU Green Capital Laureate Copenhagen to city of Ghent, where pesticides are banned and mayors, together with citizens, have been dynamically taking actions to achieve a nature-based and a well-being city.

A growing number of cities and towns are taking up citizens’ demands for a better quality of life in a healthier living environment. Many cities and towns across Europe are already pesticide-free, taking concrete actions to improve urban biodiversity and re-nature their cities. For instance, large capitals like Paris are pesticide-free and Paris is even becoming a bee-keeping capital also thanks to actions by its citizens.

Unfortunately, the progressive actions of mayors are sometimes challenged by local vested interests. In the case of Mals, a small town in Northern Italy, the mayor is currently being sued by farmers because he enacted a local legislation upon the strong demands by its citizens which resulted in a referendum to ban pesticides in all areas under its jurisdiction.

European Comission should support cities and towns’ such ambitious actions through a legal framework! Cities’ and towns’ moves towards going pesticide-free should be envouraged by creating a favorable political context in which towns and cities are able to take decisions to ban pesticides in both public and private areas under their jurisdiction.

Forward-looking mayors and their citizens need help from EU regulators…How can the European Commission and European networks support cities and towns to acting for better health of its citizens and improved quality of life? We have discussed this and other questions at our last event  with practitioners from citizens’ networks, exciting cities - including European Green Capitals - and networks and the representatives from EI institutions including the European Commission.

Stories of actions from across Europe presented at PAN Europe and ICLEI's  recent conference have proven that citizen-driven nature-based solutions- including becoming pesticide-free, lead to greener and healthier cities. Citizens do not only demand but also act to make their living environment greener and healthier!

We will take this discussion at another dimension and will be gathering in September together with mayors from pesticide-free towns network, Members of the Europeans Parliament, and Member States’ politicians to discuss European and local strategies for making European towns pesticide-free.