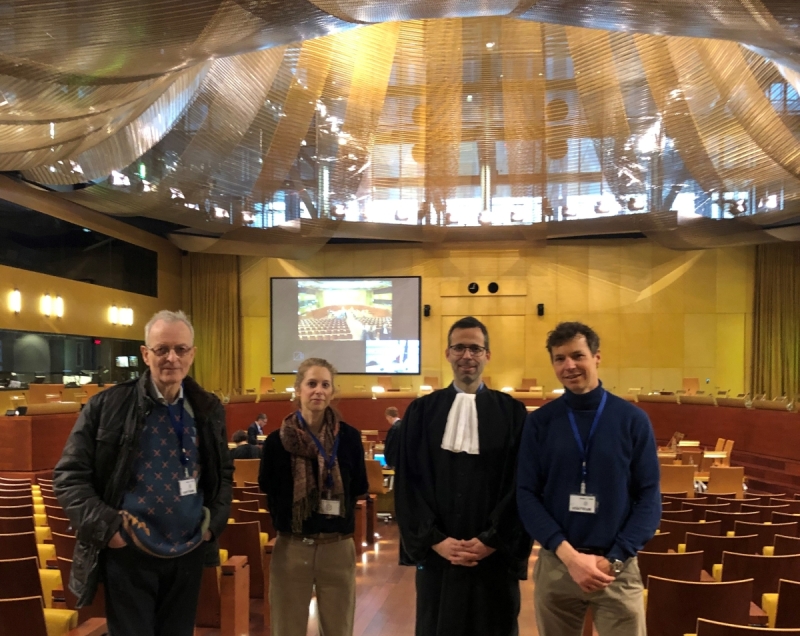 Today, an important hearing has taken place in the Court of Justice of the EU in Luxembourg. PAN Europe asked the Court to clarify the rules for the provision of derogations for EU-banned pesticides. For decades, EU countries have been artificially prolonging the use of highly toxic pesticides that were banned in the EU, by abusing the derogations regime, with the blessing of the European Commission.

PAN Europe, jointly with its member organisation Nature et Progrès Belgium and a Belgian beekeeper, succeeded in getting the Court of Justice of the EU to question the hundreds of derogations provided every year by Member States for EU-banned pesticides.

The judges were requested to answer a series of questions. Among them: is it allowed to give a derogation for a pesticide that does not respect the basics of EU law: highly toxic to bees, to the environment, to humans? Another important question is: can a derogation be given to use a toxic pesticide in a preventative way, even when there is no evidence of danger to any crop?

Our lawyer pleaded our cause and had to face the lawyer of the European Commission, supported by those from France, Greece and Belgium.

Since the European Union has harmonised its pesticide legislation, it has always allowed Member States to provide derogations to pesticides. Member States have continuously used and abused the system. Indeed, in both the directive 91/414 of 1991 and the regulation 1107/2009 of 2009, Member States had the opportunity, in case of a so-called ‘emergency’ and in case no reasonable alternatives exist, to grant their farmers derogations for the use of a specific substance during 120 days. But Member States continuously disrespected the rules. What was supposed to remain exceptional became the norm: over the last 6 years, no less than 3,600 derogations have been granted for the use of non-authorised pesticides in Member States.

Basically, for all kinds of common and recurrent pests, agribusiness has been asking Member States to grant derogations regarding banned toxic pesticides such as bee-toxic neonicotinoids, brain-damaging chlorpyrifos or reprotoxic mancozeb! And when one looks at the applications sent by farmers or often by the pesticides industry itself, one realises that there is no emergency at all! And that the so-called danger is something completely hypothetical, not proven, and that derogations are given to maintain business as usual, preventing farmers to transition towards less harmful practices.

No alternative you pretend?

In the same vein, in their application files, agroindustry pretends that no alternative exists, that it is too costly or not efficient enough. But how in the world can organic farmers grow the same crop in a profitable way? How come derogations are given when other synthetic pesticides are already approved for the same pest?

So…what is wrong with the Member States?

Derogations are usually provided systematically: you request it, you get it! Member States use this system to prolong the use of a pesticide on the market even if it has been banned. National competent authorities are usually linked to ministries of agriculture that favour intensive farming! So when neonicotinoids are banned to protect bees…they keep being used in the majority of Member States through derogations.

Is the Commission not doing anything?

Unfortunately…NO! The European Commission turns a blind eye to the practices of the Member States and does not perform its job as the Guardian of the Treaties, in order to protect people’s health and the environment.

Why is PAN Europe going to Court then?

When one looks at the law, it sets out a few conditions to provide a derogation. First you need an emergency: an unexpected danger for which an urgent reaction is needed. Second, it can be provided only if no alternative exists. And last, the law does not say that when providing a derogation, the national competent authority is allowed to not respect the other provisions of the law that say that pesticides cannot harm people’s health and the environment.

PAN Europe aims at clarifying the outlines of the law and force both the European Commission and Member States to protect people’s health and the environment, not agribusiness’ profit!

What is the legal procedure?

France, Hungary, Finland, Greece and Belgium intervened in the case to protect the current system, as well as the Belgian sugar beet growers and the pesticides/seed industry.

The Advocate General will publish her Opinion on 2 June 2022 and the Court will provide a ruling a few months later.