Local Struggles against Use of Pesticides in UNESCO World Heritage Sites: the Cases of Italian Prosecco region and Croation Hvar Island 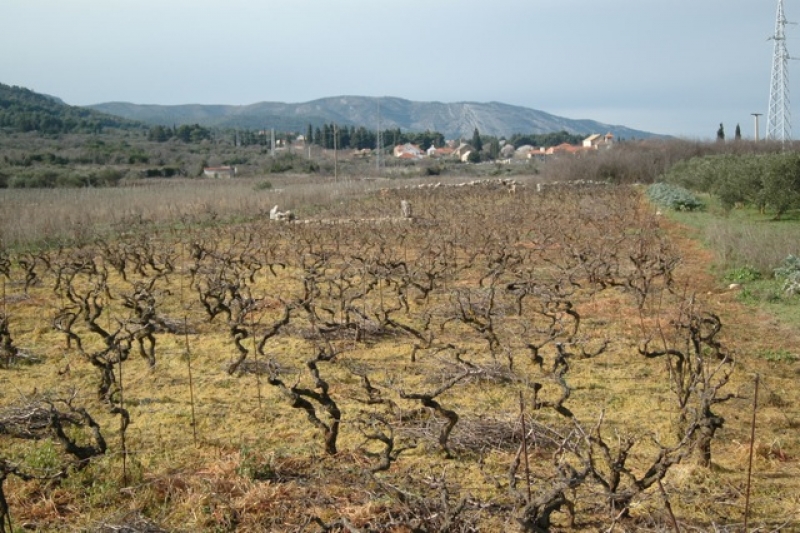 (Photo:Herbicide in the Stari Grad Plain, March 2016, by Vivian Grisogona)

The region of Prosecco DOCG in Italy is characterized by intensive wine production, where vineyards cover both urban and natural areas over the entire area, and where pesticides are intensely used. The application of the Prosecco Hills as UNESCO World Heritage site started with the President of Veneto, Luca Zaia, and the President of the Consorzio Docg of Conegliano-Valdobbiadene, Innocente Nardi. Currently, the UNESCO ICOMOS Commission is reflecting on the certification of the World Heritage of the 15 Prosecco DOCG towns.

However, citizens of Prosecco areas have come up with a series of important initiatives to ask for a ban on synthetic pesticides. Among these initiatives, on 28 May 2017, a march was organized with more than 3,000 citizens and representatives of more than 120 local, regional and national associations. This march called on Government, Regions and the Municipality to acknowledge the following points:

The danger of synthetic pesticides is explicitly recognized by local law, where access to tourist routes is prohibited during spraying periods, or when it imposes large spraying distances -that are often inapplicable- from dwellings, roads and sensitive sites (e.g. 50 meters). An example is given by the Regional law of Veneto No.1379 / 2012 inviting the Citizens to "close the doors and windows, cover the gardens and not stand close to the land plot that is going to be treated".

PAN Italy, together with PAN Europe, demands UNESCO World Heritage Committee that before the inscription of a property on the World Heritage List, clear criteria and rules on pesticide use should be set.

Regarding the listed World Heritage sites, the UNESCO guidelines in relation to pesticide use should be expressed more specifically and the alternative methods of weed and pest control should be encouraged. Otherwise, situations may occur such as in the case of the Croatian island of Hvar, where a UNESCO World Heritage Site (since 2008) is deterioriated due to the use of pesticides, as many Croatian ecological associations, including PAN Europe Member Eco Hvar, have denounced since 2013.

The Stari Grad Plain on the Hvar island is mainly cultivated with vines, olive trees and some lavender. Most of the cultivated fields in the Stari Grad Plain are privately owned. Many of the farmers use herbicides and insecticides at least twice a year, sometimes more. The intensive use of herbicides leads to soil depletion and flourishing herbicide-resistant weeds. Coupled with the insecticide use, it is feared that there is generalized loss of beneficial organisms and insects, and inevitable damage to bird-life.

Blog
Agrichemicals: European Commission’s Recurrent Lack of Ambition Stands in the Way of Tackling Farmer’s Dependency on Pesticides!
Growing sugar beets without neonicotinoids? Austrian farmer testimony show it’s possible
Italian Court confirms municipalities are entitled to ban the use of pesticides
Soil is our ally yet we treat it as an enemy : Why are healthy soils key to a sustainable agricultural model ?
PAN Europe takes the issue of pesticide derogations to the Court of Justice of the European Union
END_OF_DOCUMENT_TOKEN_TO_BE_REPLACED