Integrated Pest Management: Which Sectors have taken up IPM and new Symposium 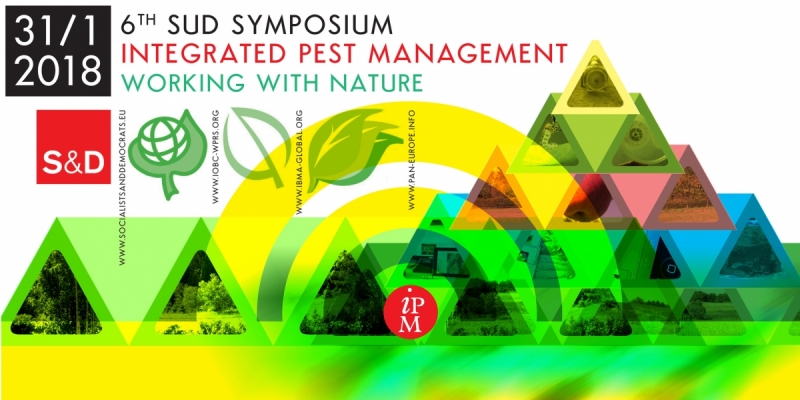 Integrated Pest Management: which sectors have taken up IPM and launch of the Symposium on the sustainable use of pesticides Directive (SUD) , 31/1/2018, Brussels

In Europe, where things are most moving regarding the uptake of IPM is in grapes for wine production. From the technical point of view, PAN Europe’s low impact farming campaign website has been collecting examples of the IPM in practice. On the website, you watch the three new films of which two relates to wine growing, interviewing two pioneers in Francia Corte, where so far 70% of all grape production for wine is in conversion to organic. PAN Europe has organised the last European symposium on SUD dedicated to grapes (wine) production, which you can see the presentations and watch it here:

Regarding the political aspect of the uptake of IPM, already since 2007, Luxembourg and France are offering funding to farmers under the second pillar of the Common Agricultural Policy (CAP) for uptake of pheromones, etc. In the 2014-2020 rural development programming, Luxembourg offers  funding to farmers for reducing herbicide use in grapes, which can be further read here in the presentation by the Luxembourg Ministry of Agriculture. During the presentation it was mentioned that in Luxembourg all farmers doing grapes for winemaking are using pheromones, and as a result they would not need insecticides anymore in that sector!

We also have a number of examples on sustainable apple growing as that was the topic in another  symposium in 2015. You can see the example of  Boomgaarden here. In the symposium in 2015,  especially the presentation made by IOBC was inspiring and encouraging. Regarding the political aspect of sustainable apple growing, the Flemish regional government offers funding in the second pillar of the CAP to apple and pear producers willing to engage in uptake of alternative techniques (pheromones) on more than 5 hectares.

Despite the progress in wine and apple sector, there has been a very little progress on the uptake of IPM in cereal production. This is why we have decided to dedicate the next symposium to uptake of alternatives in cereals, which will be taking place on the 31 January 2018 at the European Parliament in Brussels. You can see the draft programme here. The event will be web-streamed (probably in French, English and Italian) you will be able to watch it on our website and also on our Facebook. If you wish to host a webinar let us know. And do not forget to follow us on Twitter!