"Free from pesticides, Italy begins with municipalities": the conference giving voice to mayors 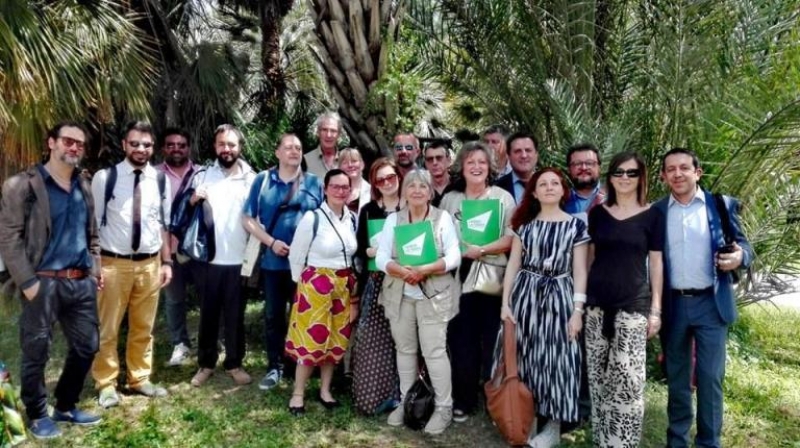 On June 12th, at Sala Aranciera of the Orto Botanico in Rome, a number of Italian mayors told the stories of local communities that have taken action to protect the health of citizens and the environment from the dangers posed by synthetic agrochemicals, starting from city regulations, such as the prohibition of pesticide use in public gardens, on trees and flowerbeds, and especially in playgrounds, schools and cemeteries. This represents concrete help to those who, in peri-urban agricultural areas, want to cultivate without resorting to synthetic chemicals such as pesticides or feritilizers. At the conference "Free from pesticides: Italy begins with municipalities" organized by Cambia la Terra - a campaign by FederBio with Legambiente, Lipu, Medici per l'Ambiente and WWF – mayors had the chance to tell their stories. The meeting was held in conjunction with one of the stages for the implementation of the next National Action Plan (NAP) for the sustainable use of pesticides, to be reviewed by the relevant ministries, before being sent to public consultation.

An increase in the areas under organic farming, elimination of pesticides harmful to protected species in areas protected under EU directives (Natura 2000 sites), organic techniques for the management of public and private greenery in the city, control of pesticide drift resulting from field treatments, safety distances between houses and fields where synthetic chemistry is used as well as between organic and non-organic crops to avoid accidental contamination. These are just a few of the many requests that a large coalition of associations addressed to the government for the drafting of the new NAP; they are inspired by the virtuous practices of pesticide-free municipalities who took part in the event. "With Federbio and a large coalition of associations of organic, environmental and civil society (Aiab, Association for Biodynamic Agriculture, Fai, Firab, Greenpeace, Isde-Medici per l'ambiente, Legambiente, Lipu, Pro Natura, Wwf) we have asked for the opening of a discussion that will bring progress compared to the previous NAP of 2014, an act of guidance that in fact has not defined tangible and monitorable objectives to reduce the use of synthetic chemical pesticides and has given priority to methods that make the extensive use of agrochemicals instead of encouraging agricultural practices that respect the health of citizens and the environment, as do organic and biodynamic agriculture", said Maria Grazia Mammuccini, spokesperson for Cambia La Terra.

In short, it is a reality that starts from local Italian experiences, from the concrete commitment of local mayors and administrators, and the requests of citizens’ groups organized on the territories (for example those who promoted the Marches against pesticides in Veneto, or the No Pesticidi Facebook group, which boasts tens of thousands of memberships and grows by the day). Not only did they tell the stories of experiences that are working, they also laid out proposals for the future direction of a national policy on agroecology.

Why do municipalities say no to pesticides?

There are many reasons to say no to pesticides and protect the territory they administer. The mayors who gathered in Rome recalled some such reasons during their speeches. Edoardo Prestanti, Mayor of Carmignano (Prato), emphasized that in a "context like that of Pistoia, which is a highly  industrialized area with a massive presence of monocultures and nurseries, it is necessary to start from below" – what he calls “an alliance for the democracy of common goods”. The Mayor of Melpignano (Lecce), Ivan Stomeo, announced the arrival of a community apiary in his municipality, "because bees are extraordinary sentinels of environmental quality; they are an extraordinary engine: we need to start from these realities even when we talk about the extraordinary potential of agroecology. We are doing it".

It was the Mayor of Tollo (Chieti), Angelo Radica, who coined the slogan of the day: “(one must take) small steps, but fast”. Speaking of his reality - 84% of the land he administers is planted with pergola vines - he explains: "intervening in a situation like this can be explosive. We are applying the “small steps, but fast” policy. Everything always requires great attention to information, which must be capillary and constant: in this way dialogue and confrontation with the population can be kept open". In Vallarsa (Trento), explains Mayor Massimo Plazzer, "we wanted to work in such a way that future generations won’t have to face the damage caused by intensive agriculture. That's why we introduced insurance and guarantees". "Agriculture for a territory is very important", explains the Mayor of Belluno Jacopo Massaro. "It is important because it means that the territory is not given up for abandonment. I think that quality agriculture is the added value for an area that focuses on tourism. But the objective cannot be achieved through conflict. Conflict does not pay off. Instead, it pays for a system of incentives and disincentives for those who choose organic and those who do not”. Many of the above municipalities are part of PAN Europe’s European Network of Pesticide-Free Towns.

What are the demands?

The requests that emerged from the Roman meeting are timely.

1) To reduce all risks: adoption of biological techniques for the maintenance of non-agricultural areas (road and rail networks) with particular attention to public and private green areas.

2) To deal with the so-called 'drift' (i.e. the dispersion of pesticides) with adequate monitoring and control systems in order to guarantee the protection of the population, water bodies and organic productions that risk being downgraded in the event of contamination.

3) To introduce minimum distances from organic houses and crops to conventional fields.

5) Evaluate new rules for the active substances most frequently found in water as a result of the monitoring conducted by Ispra.

6) Make up for the NAP’s delay compared to organic farming, with the aim to reach 40% of the agricultural area cultivated with organic farming with suitable training, consultancy and information tools.

7) Eliminate pesticides that have been found to be harmful for habitats and species of the EU Biodiversity Directives from Natura 2000 sites, promoting the conversion to the organic method for farms in protected areas.

8) Strengthen investment in research and innovation for agroecology towards cultivation techniques that exclude or drastically reduce the need for use of pesticides.

9) To promote training and technical support projects for innovation and for the diffusion of agroecological approaches and biological control means also supported by adequate investments in agro-meteorological monitoring tools and systems.

10) In the application of NAP, involve, in addition to public institutions, agricultural associations, environmentalists, organic farming, consumers and the scientific world.