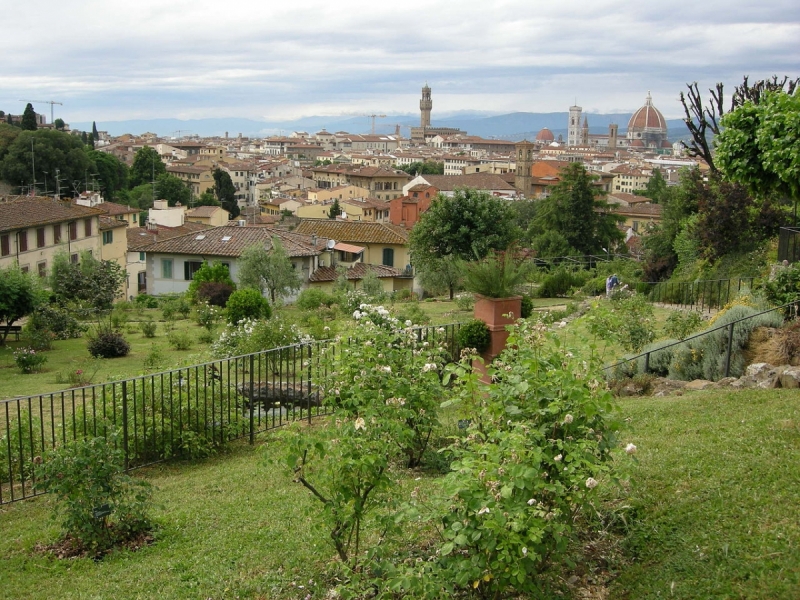 The city of Florence has signed the Pledge in which it bans pesticides in public places. This change will bring many benefits, such as an increase in life quality, the elimination of dangerous chemicals for the citizen's protection and a boost in biodiversity.

The European Pesticide-Free Towns Network welcomed with great joy this new addition. This is an important membership, which confirms the municipality's willingness to implement concrete measures to safeguard the health of citizens and protect the environment The negative effects on human health, deriving from exposure to chemical pesticides are now known and scientifically proven, especially to the detriment of the most vulnerable subjects, such as children and the unborn. The choice to become a Pesticide-Free Town can also have important repercussions in terms of image and attractiveness for tourists. In fact, more and more people are paying attention to the aspect of sustainability when choosing their holiday destination. The European Pesticide Free Towns Network, with the entry of Florence, known throughout the world for its history and immeasurable artistic heritage, is enriched with an important contribution that we hope will also act as a spur for other Italian and European cities.

In addition, the European Pesticide Free Towns Network wants to increase awareness of the toxic use of pesticides in private green areas, stated Cecilia Del Re, Councilor for the Environment for the Municipality of Florence while explaining the reasons that led the Florentine municipality to join the Network.

Joining the Network does not require any contribution on the part of municipalities, the goal is to share the examples of good practices for the sustainable management of urban spaces with the mayors.

Finally, after the forced stop due to the pandemic, this year the event dedicated to Pesticide-Free Towns returns to the European Parliament in Brussels, an unmissable opportunity for municipalities to meet, together with MEPs and representatives of the European Commission, in a fruitful dialogue on the green management of green spaces intended for citizens. In Italy, there are many municipalities that have joined the network, now it is hoped that the example of Florence will be followed by many others.

Blog
Far too many pesticides in Spanish food
Symposium in Slovenia - Solutions for the transition to agroecology
Conventional apples - not recommended for babies and children
Wildlife populations hit new lows - how to avoid Silent Spring?
UN Special Rapporteur advices Italy to significantly reduce pesticide use
END_OF_DOCUMENT_TOKEN_TO_BE_REPLACED