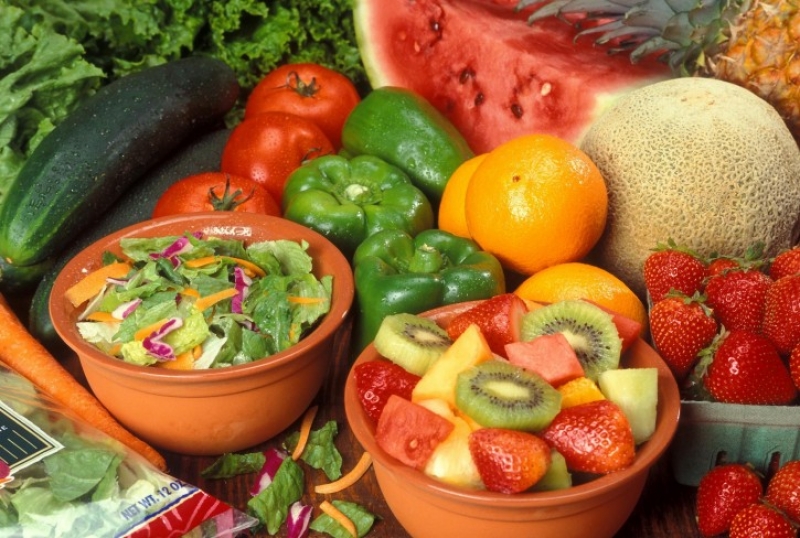 Fourteen years have passed since the EU’s legal mandate to evaluate the impact of pesticide mixtures on human health, yet only in September this year did EFSA launch two pilot studies on food residues for public consultation. The studies examine the risk of dietary exposure to pesticides mixtures for acute effects on the nervous system and chronic effects on the thyroid, and they’re hypothetical: no experimental studies using pesticide mixtures have taken place. Worryingly, when examined in detail they raise major concerns on their adequacy to assess mixtures’ toxicity objectively and independently.

An assessment on the safety of pesticide mixtures is urgently needed - but in PAN Europe we are concerned with EFSA’s work on cumulative risk assessment (CRA). The process, which has been influenced enormously by the industry sector, is based on -unfit for purpose- experimental studies and numerous far-fetched assumptions leading to an underestimation of the potential harm that pesticides may cause. Consequently, the two pilot studies conclude that in these two cases no additional action is needed to protect citizens from exposure to pesticide mixtures, despite having identified certain risks for consumers. This conclusion is far from reassuring since it contradicts numerous scientific studies that have raised alarms on the health impact of chemical mixtures, including pesticides, highlighting the need for regulatory measures to address exposure to mixture of chemicals.

Exposure to pesticide mixtures is a health concern

We are all exposed to pesticide mixtures every day, unknowingly and for most of us, unwillingly. This shouldn’t surprise us. Different pesticides are used during the production of our food - either to combat the different types of organisms that are considered “pests” (e.g. insecticides, fungicides, herbicides etc) or to avoid pest resistance to a single substance (i.e. blends of different pesticide substances are used instead of one). And it's not just the farmers and residents or visitors of agricultural areas that are exposed to these pesticides but also consumers, as most of them end up on our table. About half of the fruit and vegetables in Europe contain detectable pesticide residues and more than one in four contain 2 or more pesticides, according to EU official monitoring data. In some cases 10 pesticides or more have been detected in a single sample and last year, the maximum number of residues in a single sample (bell peppers) was 30. Moreover, food is not the only route of exposure for citizens, as pesticides are also used in the management of public areas, such as parks, sideways, rail trucks, cemeteries and golf courses. And let's not forget that pesticides are not the only dangerous chemicals we’re exposed to.

Worryingly, synthetic pesticides are designed to be biologically toxic and some of them are endocrine disruptors. These chemicals can interfere with the hormonal system, even at low doses, causing endocrine-related diseases and disorders including cancer, reproductive impairment, cognitive deficits and obesity. Adverse effects are more likely to develop when exposure takes place during early life. Therefore, it is our society’s most vulnerable that are at a higher risk: pregnant women, babies and children.

Addressing cumulative (additive) and synergistic effects (greater than the sum of their individual effects) of pesticides and their residues is a legal requirement in Europe since 2005 [Reg. (EC) 396/2005 and later Reg. (EC) 1107/2009] that has not yet been implemented. Instead, the safety of a pesticide is still based on the assessment of a single substance, which is highly unrealistic. Not only are mixture exposures not taken into account, but these chemical assessments are mainly based on high dose exposures, reflecting the worst-case scenario in the agricultural field. Thus, the most sensitive tests that examine endocrine-related diseases following low-dose, continuous exposures, during sensitive periods of life-time have hardly been done for the pesticides that are currently in the market. Furthermore, for several diseases, assessment tests have not even been developed yet.

Since the beginning of EFSA’s work on CRA in 2006 the food and pesticide industry showed a high interest in the topic. Already in 2011 (A toxic mixture) and later in 2014 (A poisonous injection), PAN Europe criticised the involvement of industry-linked scientists in EFSA’s expert panels and groups working on CRA, as well as in the EU-funded research program ACROPOLIS, where probabilistic models to assess cumulative pesticide exposure were developed. Many ideas promoted by the industry trickled into the opinions of EFSA, which is supposed to be the EU’s independent body. The industry link was to the famous industry lobby group ILSI (the International Life Sciences Institute), which is funded by corporations such as Coca-Cola, BASF, Bayer, DuPont, Syngenta, Mars and McDonalds. Following PAN Europe’s and a series of conflict of interest allegations for experts involved in different areas of EFSA’s work[1], the chair of the management board resigned (to become executive director of ILSI), other industry-linked scientists stepped down or their participation in EFSA’s panels was denied and EFSA finally updated its independence policy. This scandal resulted that in 2012 the European Parliament suspended funding to EFSA for six months.

Although experts who were working in parallel with the industry sector were removed from EFSA panels/expert groups (e.g. Alain Boobis, Angelo Moretto), others who were previously working for years in the industry sector, stayed and are still involved in the CRA methodology. In the meantime, the Dutch National institute for public health (RIVM) who was coordinating the project ACROPOLIS, received EU-funding (Horizon2020) for another project on CRA (called EuroMix) with partners the same experts that were removed from EFSA panels due to conflicts of interest (e.g. Alain Boobis, Angelo Moretto)[2]. Many of the methods developed in this period (e.g. margin of exposure, considering potency of chemicals in cumulative risk assessment groups, probabilistic modelling) now form part of EFSA’s CRA pilot studies.

Digging into the pilot studies

EFSA’s studies on CRA are conducted under the assumption of dose addition for pesticides with similar toxicological profiles (mode of action) and are retrospective, meaning they use previous monitoring data (food residues and dietary exposures from 2014, 2015 and 2016; Maximum Residue Limits, MRLs, as of December 2016). For dietary exposures they collected data from 10 populations covering toddlers of 12 months or older, up to adults of 65 years age. Therefore, babies and the elderly, which are considered vulnerable are not covered. Other types of interactions of pesticides (e.g. synergistic) are not taken into account in this work.

Pesticides were screened and divided in cumulative assessment groups (CAGs) on the basis of their toxicological characteristics (to the nervous system or thyroid), and the "safe" level (no-observed-adverse-effect-level) was recorded for each substance. Some of these groups contain a big number of pesticides: up to 119 active substances were identified to cause fuctional alterations on the motor division (nervous system) and 128 hypothyroidism (thyroid system). The sources of the data were the official documents produced during the approval of active substances, mainly draft assessment reports (DARs) and renewal assessment reports (RARs), which contain the industry-sponsored studies. Unfortunately, these reports do not normally contain the most sensitive tests for the target organs of the pilot studies. Even in cases where some sensitive tests were included in the reports, they had to be excluded from the assessment due to scared data in the industry dossiers (e.g. neurodevelopmental toxicity and extended one generation reproductive toxicity tests are excluded). Moreover, independent peer reviewed scientific literature that often examines impact at lower doses of exposure, was not used to select safe exposure levels. This is of corncern, particularly for the thyroid study, because it assesses the risk of chronic exposure to pesticides, therefore by omitting the most sensitive studies done at lower doses the conclusion is bound to be biased [3].

EFSA then uses two separate probabilistic models (based on combined Margin of Exposure calculations, one performed by RIVM and the other by EFSA staff), for comparison, to assess whether dietary exposure to multiple pesticides (CAGs) will trigger toxicity (in this case, acute toxicity to the nervous system or chronic toxicity to the thyroid) and argues that results are similar- which is not surprising as both models are based on Monte Carlo simulation. It would make sense if EFSA had selected two different modelling approaches to compare. We regret to see that a Margin of Exposure of 100 was used, which does not take into account the vulnerable groups of our population, along with a probabilistic model that endorses too many assumptions to reflect reality (PAN Europe briefing 2018).

EFSA claims that the overall approach is very conservative and that it’s based on the precautionary principle. However, at the end EFSA selects the least sensitive option (Tier 2) and even carries out an additional uncertainty analysis to “correct” any observed risk that remained. With so many assumptions (analysis based on industry-sponsored tests, lack of most sensitive tests particulalry for chronic toxicity, overlooking exposure to other chemicals or other routes of exposure, excluding certain vulnerable population groups from the assessment) we were surpirsed that the uncertainty analysis ended up lowering the risk. After all, aiming to protect all human population, risk assessment should be based on the worst case scenario.

As a result, to our concern, the overall draft conclusion for both assessments is that “consumer risk from dietary cumulative exposure is below the threshold that triggers regulatory action for all the population groups covered”. Therefore, EFSA, acting as a risk assessor informs the risk managers (the Commission and Member States) that there is no risk and therefore there is no need to apply the precautionary principle or take any additiona regulatory action for the acute effects of pesticide mixtures on the nervous system or chronic effects on thyroid. The individual substance assessment apparently is enough to cover any possible combined effect that groups of pesticides may have.

We are curious as to why EFSA decided to look at the acute effects of pesticide residues in food on the nervous system, and not the chronic effects resulting from long term exposure, which is more relevant to consumers exposure, particularly for babies and young children. Is the agency avoiding on purpose the risk evaluation for chronic neurotoxic effects because a substantial level of risk was already identified for acute toxicity? We also don’t understand how EFSA came to a conclusion regarding chronic effects on the thyroid system without having available the most sensitive tests to evaluate the effects on thyroid. Daily consumption of food that contains thyroid disrupting pesticides is not unlikely and since these chemicals may act at very low levels, similar to those of our hormone system, such assessment is extremely relevant for consumers. It seems that EFSA’s biased conclusion legitimises pesticide exposure levels that could otherwise be considered illegal according to law [Reg. (EC) 1107/2009], which is putting consumers at risk, particularly the vulnerable groups of our society.

[1] Corporate Europe Observatory and Open Source, 2012. Conflicts on the Menu.

[3] For details in the main shortfalls of Risk assessment see White Paper: Ensuring a higher level of protection from pesticides in Europe: the problems with current pesticide risk assessment procedures in the EU - and proposed solutions

Blog
Agrichemicals: European Commission’s Recurrent Lack of Ambition Stands in the Way of Tackling Farmer’s Dependency on Pesticides!
Growing sugar beets without neonicotinoids? Austrian farmer testimony show it’s possible
Italian Court confirms municipalities are entitled to ban the use of pesticides
Soil is our ally yet we treat it as an enemy : Why are healthy soils key to a sustainable agricultural model ?
PAN Europe takes the issue of pesticide derogations to the Court of Justice of the European Union
END_OF_DOCUMENT_TOKEN_TO_BE_REPLACED