Directive on Sustainable Use of Pesticides

The EU adopted in 2009 a framework directive on the sustainable use of pesticides (SUDP).

The most important measures of the SUDP more formally known as the Directive 2009/128/EC of 21 October 2009, beyond setting quantitative use reductions, are: 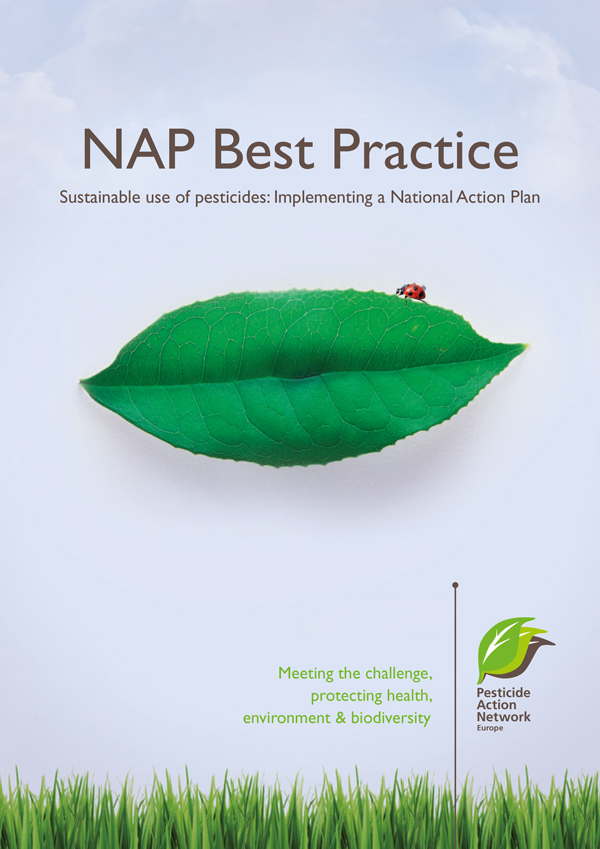 Member States prepared National Action Plans (NAPs) for the first time back in 2011. 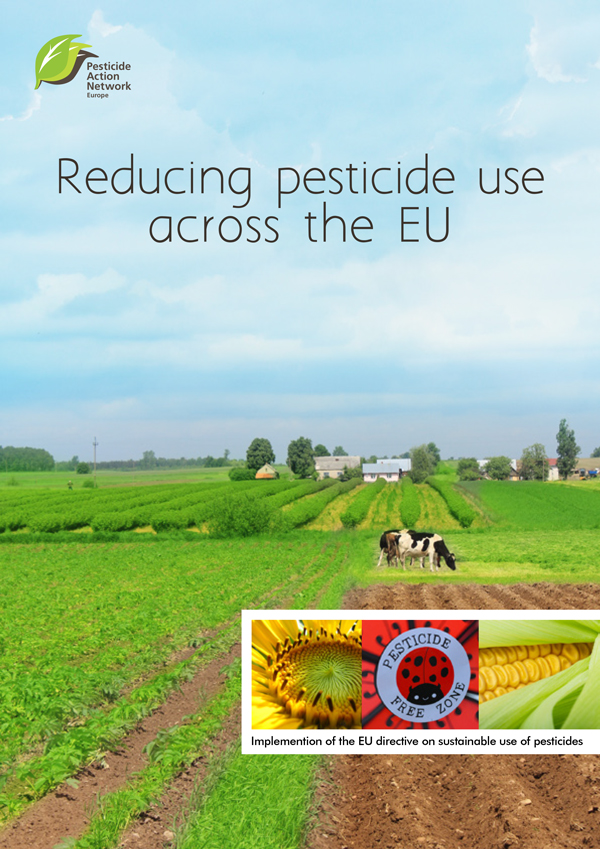 However, PAN Europe has evaluated these plans and finds, as can be seen in this report, that the level of ambition is really low.

The European Commission echoed this criticism in its recent report on progress in the implementation of the Directive on the Sustainable Use of pesticides (SUDP) by Member States.

The wording used by the European Commission is very soft. Therefore, PAN Europe prepared a response highlighting the next steps to take in our point of view:

The European Commission is undertaking audits in the Member States to control compliance with the SUDP requirements. 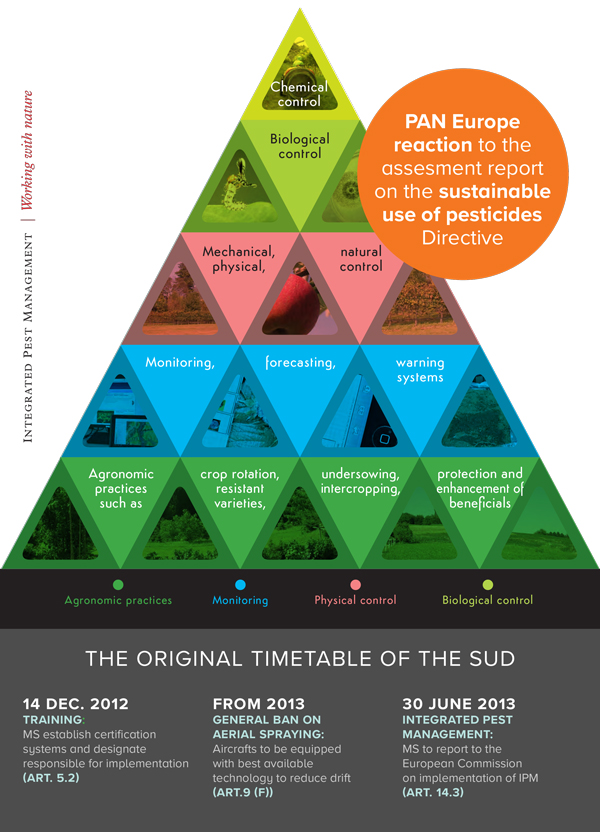 See PAN Europe reaction to the long-awaited evaluation report on progress in the implementation of Directive 2009/128/EC on the sustainable use of pesticides. 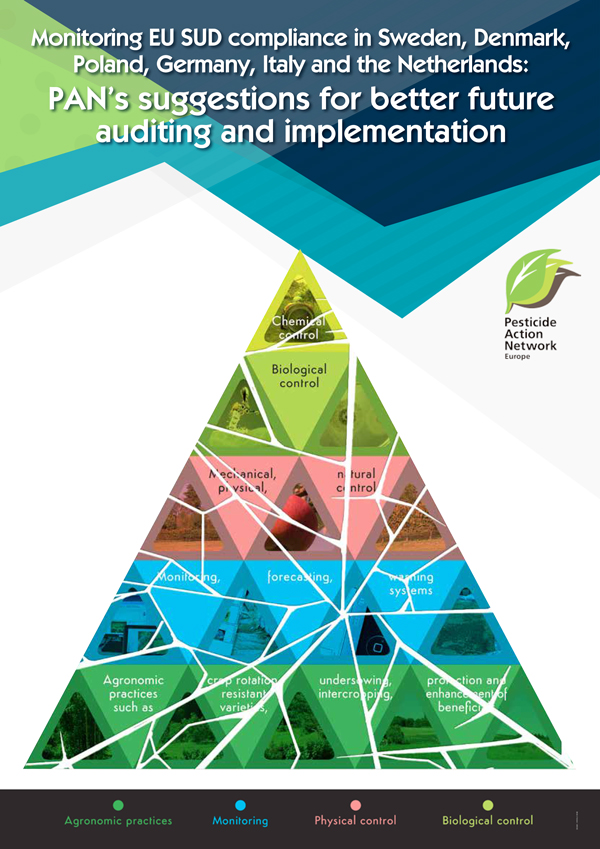 PAN Europe believes these audits could be improved, and that it is time for the European Commission to take legal actions against Member States not complying with the EU Directive. This report explains part of what we are asking for.

One of the main reasons why the SUDP is not implemented correctly is, as highlighted in European Court of Auditors’ Special Report Integration of EU water policy objectives with the CAP: a partial success (2014), that the SUDP is not integrated into the European Union’s Common Agricultural Policy (CAP).

The SUDP is up for revision in 2019-20. Therefore, PAN Europe calls for the following updates in the SUDP to be carried out as part of the revision:

The European Commission's report on SUD implementation from 2020 accompanying the Farm to Fork publication, among others, concludes:

Member States, steered by the German Presidency, decided to react to this and are currently preparing a report. PAN obtained the document, realised its sad wording, and proposed all Member States an updated wording in which Member States engage in the ecological transition recognising the many alternatives to pesticides we already can use now (link to letter). An access to document request though shows that none of the proposed improvements have been taken into account by the German presidency. The next working group will take place on 27 November 2020.

For more details on how to integrate the SUDP and the CAP, see our CAP webpage and the CAP section of our Low Impact Farming Campaign.

For details on letters sent to Member States and the European Commission, see our letters' section.

Report on pesticide use in France

Survey on pesticides use